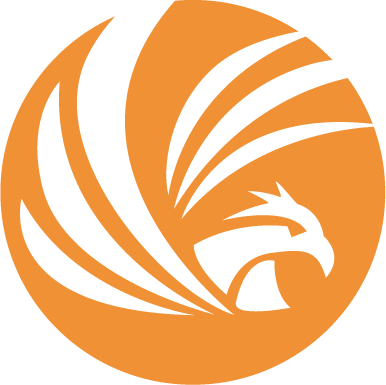 The call comes two weeks after 28-year-old Markeis McGlockton was shot and killed outside a convenience store in Clearwater after a confrontation. The alleged shooter, 47-year-old Michael Drejka, has yet to be arrested or charged in the case.

The failure to arrest Dreijka has aroused racial tensions in the Tampa Bay area. McGlockton was black. Dreijka is white.

“This ‘Stand Your Ground’ law inflames offensive attacks, increasing the violence,” Rouson said in a statement issued by the Florida House Democrats. “This law as it is written, misunderstood and misapplied, creates an uncivil society that too often leans on vigilante injustice. This barbaric law has increased the danger to Floridians, pitting ill-trusting neighbors against one another. For this reason, we will not stand idly by as Florida’s open spaces are used as testing grounds for a poorly executed amateur marksman training course. It is time to put the safety of Floridians first, let’s start by finally enacting laws that save lives.”

Richardson became the fourth House Democrat to call for a special session regarding the law on Friday morning.

“An unarmed man was killed in Clearwater, and our law enforcement officers are unable to arrest his killer because of this backwards, brutal law,” said Richardson, who is a congressional candidate in Miami running for the Democratic nomination to succeed Ileana Ros-Lehtinen. “‘Stand Your Ground’ justified the unjust killing of Trayvon Martin, Markeis McGlockton, and too many others. The repeal of ‘Stand Your Ground’ is long overdue, and we have to take action.”

Surveillance video from the incident shows that McGlockton was inside a convenience store  with his five-year-old son, while his girlfriend waited in the car with their other two children – one an infant. Drejka – a stranger – pulled up and started an argument with McGlockton’s girlfriend because McGlockton had parked in a handicapped spot. McGlockton came out of the store, saw Drejka yelling at his family, and pushed him to the ground. That’s when Drejka pulled a gun and shot the unarmed McGlockton in the chest. McGlockton ran inside the store and collapsed, mortally wounded, in front of his son.

Pinellas County Sheriff Bob Gualtieri has come under fire for his decision not to arrest or charge Drejka in the case. The sheriff has said that his hands are tied because of how the law is currently applied. The Stand Your Ground bill was originally passed in 2005 with strong backing by the National Rifle Association. The gun rights organization also led the charge in the 2017 legislative session to make changes to the law that shifts the legal burden of proof in Stand Your Ground cases.

McGlockton’s family is now being represented by attorney Benjamin Crump, who represented the family of slain Florida teenager Trayvon Martin in a Central Florida Stand Your Ground case that drew national outrage. At a recent press conference, Crump said the two cases are similar in that the assailants were white men who started arguments, shot and killed unarmed black men, and invoked the Stand Your Ground defense. Crump condemned the racial “double standard” in how the state enforces the Stand Your Ground Law, and called Drejka a “self-appointed wannabe cop.”

Civil rights leader Reverend Al Sharpton is scheduled to appear at a protest rally this coming Sunday with his National Action Network at St. John Primitive Baptist Church in Clearwater.

Both chambers of the Legislature are controlled by Republicans, most of whom are on record as supporting the law.

Florida’s pot business is a mess

Kids to state lawmakers: Do something – now – about climate...