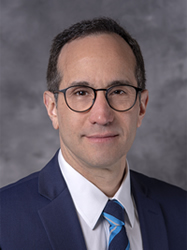 Ronald Rubin, the newly appointed commissioner of the state Office of Financial Regulation, was placed on administrative leave on Friday, after an unidentified employee filed a complaint. A copy of the redacted complaint can be seen here. It was first reported by the websites Florida Politics and Sunshine State News. Rubin, who had extensive financial regulation experience in Washington, D.C., was hired in February.

In the complaint, the woman described a series of incidents with Rubin that left her feeling “awkward and uncomfortable.” She said Rubin asked her to lunch last month but then included a detour to his private condominium near the state Capitol complex. He asked her to return to the condominium after the lunch, although she remained in the hallway, she said.

He later offered to let her join him at a conference in Washington, D.C., this month. She declined but said he offered her a key to his residence in the nation’s capital if she ever visited Washington, the complaint said.

The woman said the situation became so uncomfortable that when Rubin came by her office to hand out ice cream as part of an employee-appreciation event, she closed her door to avoid him.

“Having the separation and space by being in a different physical office helps,” she said in the complaint. “However, I feel like my opportunities to get to know my coworkers and people in this agency have been hindered by inappropriate and uncomfortable circumstances.”

Chief Financial Officer Jimmy Patronis ordered an immediate investigation and Rubin was placed on administrative leave on Friday. “Every person deserves to feel safe and respected in their work environment,” Patronis said in a statement. “That standard is non-negotiable.”

In a tweet on Monday, Moody said if the allegations against Rubin are true, the governor and Cabinet “should strongly consider his termination.”

But it is unknown how long the investigation by Patronis’ office will take. And complicating the review is the plan for DeSantis and the Cabinet members to travel to Israel on May 25 and hold their next Cabinet meeting there on May 29.

“This matter should be addressed at an emergency Cabinet meeting, in full compliance with Florida’s Sunshine Laws,” Moody said in a tweet.

FL set to create some of the most restrictive barriers in...

Florida has 10 million-plus workers: Here’s a snapshot of who they...