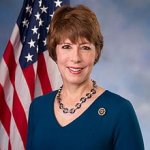 President Trump’s nomination of Brett Kavanaugh to the U.S. Supreme Court has interjected the power of the federal judiciary into Florida’s governor’s race, and the state judiciary as well.

His likely confirmation to the high court has opened up the explosive possibility of the Roe v. Wade decision on legalizing abortion being overturned, and some Democratic candidates are talking about that on the stump.

Though Kavanaugh said during his 2006 confirmation hearings for the U.S. Court of Appeals for the D.C. Circuit that he would “faithfully and fully” follow the landmark 1973 ruling, Gwen Graham isn’t convinced. The Democratic candidate for governor told a predominantly female audience in Tallahassee last week that she is certain that the next Supreme Court of the U.S. will overturn that decision, kicking it back to the states.

In Tallahassee, three liberal justices of the Florida Supreme Court are scheduled to leave office next January, and the looming question is who will select their successors – Governor Rick Scott or the newly elected governor?

That’s because both Scott and the three justices are scheduled to leave office on January 8, 2018, and some of the Democrats running to succeed Scott are already contemplating the legal battle royale sure to come.

“I’m already working with a lawyer to make sure that we are ready to take on this fight,” Graham told a group of citizens in Tallahassee during a discussion about the future of women’s reproductive health care last Friday afternoon.

“I will take him to court and we will delay the celebration of the inauguration until we get this resolved,” she said. “I’m not going to any inaugural parties. I’m going to be in court to make sure that it’s my opportunity and my responsibility to appoint those three Supreme Court justices based on merit and experience, not on some ideological test.”

While paying a visit to his campaign headquarters in the state capital on Saturday, Philip Levine said he also believes it is the right of whomever the next governor of Florida is, Republican or Democrat, to pick up the replacements to succeed Barbara Pariente, R. Fred Lewis and Peggy Quince on the bench.

“We’re going to fight it aggressively,” he told reporters, adding that there are a lot of bright lawyers in the state who will be hungry to take on the Scott administration if and when the situation presents itself.

The Florida Supreme Court rejected a lawsuit filed last year by the League of Women Voters and Common Cause to decide on whether Scott or his successor will have the power to select the next justices, writing that the issue was not “ripe” because the governor hasn’t weighed in on the matter.

This is not uncharted territory.

In what was labeled an “unprecedented agreement,” Chiles and incoming GOP Governor Jeb Bush agreed on the justice, Peggy Ann Quince, the first black woman appointed to the Florida Supreme Court.

Chiles died just weeks before he was scheduled to leave office, and Bush honored their agreement.