Home Gov. DeSantis' ride on a billionaire's plane: Legal and ethical or questionable? 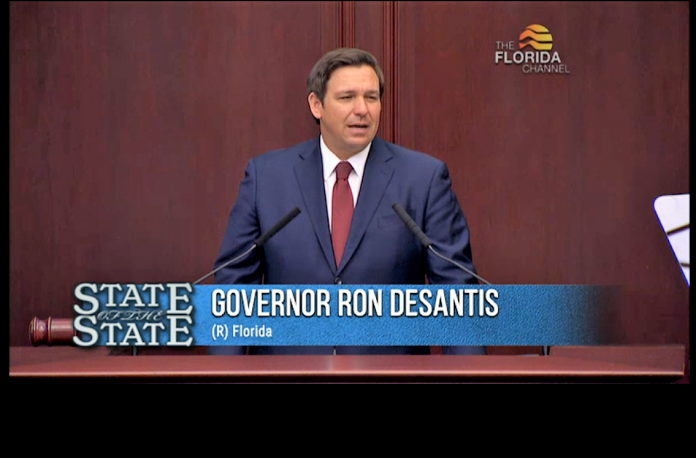 The South Florida Sun Sentinel reported the Republican governor made the Feb. 28 trip on a chartered jet owned by Jeffrey Soffer, who accompanied the governor.

Soffer is the owner of the Fontainebleau resort hotel in Miami Beach and the Big Easy Casino in Hallandale Beach. He employs lobbyists in Tallahassee and has been a proponent of expanding gambling in the state.

The Sun Sentinel reported Soffer was reimbursed through funds from the Republican Party, a procedure that has been used by other Florida politicians and has drawn controversy.

DeSantis said he followed the state law allowing such expenditures.

“It’s done through the Republican Party. It’s all legal, ethical. No issues there,” DeSantis told reporters. “It was paid for and done in accordance with the law. It’s not me getting anything. There was no favor done. It was done through the proper legal channels.”

DeSantis said using Soffer’s jet was the most “efficient” way to get to New York City and back in one day without using any public funding.

“This didn’t cost the taxpayer anything,” DeSantis said. “I think I was able to do a lot of good things, lay the groundwork for some good stuff into the future. It was successful.”

Despite DeSantis’ explanation for the trip, Ben Wilcox of Integrity Florida, a government watchdog group, told the Sun Sentinel that the arrangement raises questions.

“It’s a way for these wealthy interests to get access to the governor,” Wilcox said. “They have interests that are regulated by the state, and they want to cultivate those relationships. It looks terrible to the public.”

DeSantis met with executives from banking and financial firms on his New York trip, including representatives from TIAA, JP Morgan Chase & Co. and the Macquarie Group.

Part of his pitch, DeSantis said, was emphasizing the availability of “talented” workers in the state as the result of continuing improvement in the state’s higher education system as well as vocational and technical programs.

“It was very productive. And we’re going to do more of that,” he said.

Gov. DeSantis’ ride on a billionaire’s plane: Legal and ethical or questionable?