Home FL minimum wage to go up in January, but some workers will... 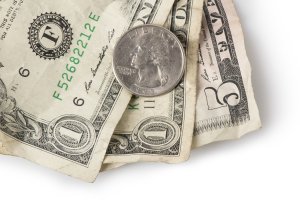 The state’s minimum wage for tipped employees will also increase by 21 cents next year, growing from $5.23 to $5.44 per hour.

Florida law requires a new minimum wage calculation each year on Sept. 30, based on the percentage increase in the Consumer Price Index (CPI) in the South Region for the 12-month period prior to September 1.

The federal minimum wage is $7.25. Floridians approved a constitutional amendment in 2004 which created its own minimum wage.

For the past several years, state Democrats have been unsuccessfully advocating for a raise in the minimum wage to $15 an hour, a figure that has been embraced by their gubernatorial candidate, Tallahassee Mayor Andrew Gillum.

Members of the Services Employee International Union (SEIU) indicate that the increase of the minimum wage in 2019 still leaves some workers below the federal poverty line.

The labor organization has also embraced the raising of the minimum wage in recent years, and has incorporated it into its “Vote for Freedom” platform for this year’s midterm election.

“It’s not freedom if you have to work two jobs and still have to choose between paying the rent, feeding your children or buying your medicine,” said Monica Russo, president of SEIU Florida.

“The fact that Rick Scott and his Republican administration think an additional 21 pennies is enough for hardworking Floridians trying to survive is unconscionable, it’s a slap in the face.”

Florida law prohibits local governments from raising their own minimum wage. That law is being challenged in the Florida Supreme Court currently by the city of Miami Beach, whose City Commission passed an ordinance in 2016 that would raise its minimum wage to $13.31 in 2021.

The ordinance was challenged by Attorney General Pam Bondi and the Florida Retail Federation, and was struck down twice in 2017, first by a Miami-Dade County judge, and then by the Third District Court of Appeal.

The city’s last effort was an appeal to the state Supreme Court, which announced in August that they would take up the case.

FL minimum wage to go up in January, but some workers will still be below federal poverty line