Home FL congresswoman who worked at Pentagon says it’s time for the feds... 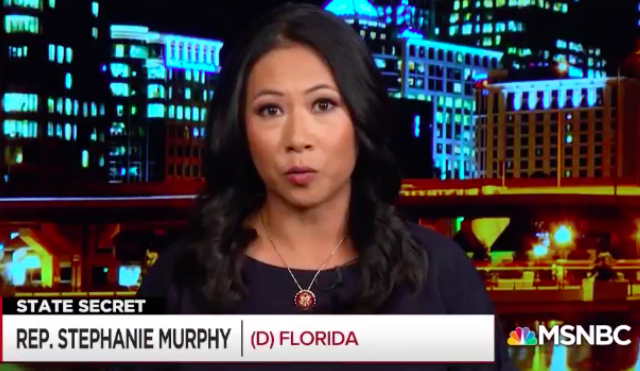 Saying Florida voters are the true victims, Winter Park Democratic Congresswoman Stephanie Murphy says it’s past time for federal authorities to inform the public about which counties were penetrated by Russian hackers in the 2016 presidential election. Murphy is a former national security specialist who worked in the Pentagon.

Appearing on MSNBC’s “All in with Chris Hayes,” Murphy said the FBI and the Department of Homeland Security have given two reasons to members of Florida’s congressional delegation about why the agency can’t  identify the two unnamed counties which were in former special counsel Robert Mueller’s report about Russian interference in the 2016 election.

“Let me just say that on the first reason –  sources and methods? The Russians know that we know which counties they hacked, so I’m not sure that releasing the names of those two counties to the voters would be revealing anything that our adversaries don’t already know,” she said.

In July they filed a bipartisan bill that would require federal officials to alert Congress, as well as state and local officials, when election systems are hacked

The Mueller Report said a Russian intelligence agency – the GRU – sought to infiltrate computer networks involved in the administration of elections, which could enable Russia to alter voter registration databases.

Murphy says that a report by the Senate Intelligence Committee refers to “State 2,” which she says appears to be Florida, and that report “indicates that the number might be up to 4 counties that were hacked.”

“You know, the dribs and drabs of information that are coming out about this serious attack on our democracy is not helpful in helping us to prepare,” she told Hayes.

“We are watching the lack of information, the shroud of secrecy, undermine…the voters’ confidence in our systems,” she said.

According to reports from POLITICO Florida and the Washington Post, one of the Florida counties that was hacked was Washington County in the Panhandle. That has never been confirmed by federal authorities.

Michael Avenatti – a presidential contender in 2020?