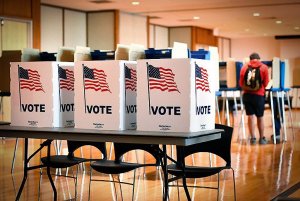 College campuses can be used for early voting sites in this year’s elections, a federal judge ruled today

The League of Women Voters of Florida, the Andrew Goodman Foundation and six University of Florida and Florida State students sued Detzner over the ban back in May. Last month, attorneys for the group asked for a preliminary injunction that would block the state from enforcing the ban.

The case goes back to 2014, when the state’s Division of Elections refused to allow the city of Gainesville to use UF’s student union as an early voting site, saying early voting is only allowed at government- owned facilities. Other kinds of community buildings – including ones on college campuses – could be used on the actual Election Day, but the state restricted early voting locations.

The 2012 presidential election in Florida saw long lines at the polls in various locations, and the state Legislature voted the following year to expand access to the polls. The new law expanded the days and hours of early voting, as well as the sort of locations that could serve as early voting sites.

But even after that, Detzner told officials in Gainesville that expanded access did not include using the University of Florida student union as an early voting location, saying that the early voting law did not allow it. The state does allow voting on college campuses on Election Day.

“We are encouraged by Judge Walker’s ruling preventing Secretary Detzner from enforcing his discriminatory and unconstitutional prohibition on allowing early vote locations to be hosted on public college and university campuses,”said Guy Cecil, Chairman of Priorities USA Foundation.

“This is truly a victory of the citizens of Florida, especially with so many young people motivated to vote,” added Patricia Bingham, president of the Florida League of Women Voters.

A spokesperson for Governor Rick Scott said that he will review this ruling, but added that he was proud to have signed the 2013 law, referring to it as “the largest expansion of early voting in the state’s history.”

Democratic Senator Bill Nelson, who will face Scott in his bid for reelection in the fall, tweeted that the ban was “a direct assault on student voting & shows just how far Florida’s government will go to keep some groups from the polls.”

A judge just ruled that Florida’s attempt to ban early voting on college campuses is unconstitutional. This was a direct assault on student voting & shows just how far Florida’s government will go to keep some groups from the polls. We need to make it easier to vote – not harder.