Home A measure in the Legislature would create elective Bible courses in public... 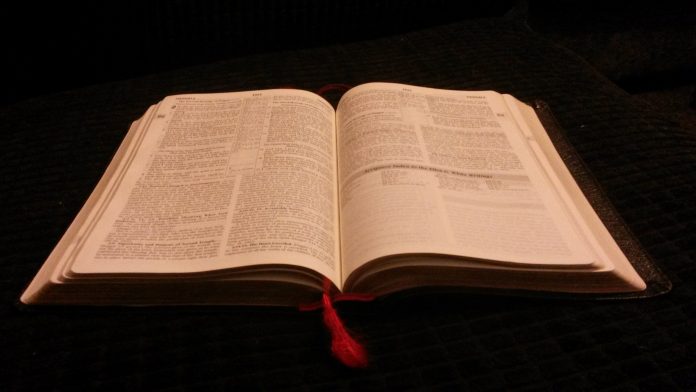 A  bill that would allow school districts to offer high school-level courses that teach an “objective study” of religion and the Bible is drawing controversy at the state Capitol.

The courses would be elective, and no student would be required to take them.

“The bill explicitly states that courses must meet all state and federal laws and guidelines regarding religious neutrality, and teaching these courses must not show hostility towards particularly religions or religious perspectives,” said the bill’s sponsor, state Rep. Kim Daniels, a Democrat from Jacksonville.

But discussion got contentious before the measure passed its first committee meeting Thursday.

Three Democrats on the PreK-12 Quality Subcommittee voted down on the bill. One of them, Rep. Jennifer Webb from Pinellas County, said she’s worried that it would be found unconstitutional, and proposed an amendment that would indemnify school districts from any lawsuits challenging it in court. Daniels said she considered it an “unfriendly” amendment, and the Republican-controlled committee then voted it down.

A number of states  have passed legislation in recent years enabling local school boards to create elective Bible literacy classes on Hebrew scriptures and the Bible’s New Testament. Daniels said if there were any constitutional issues with any of those laws they would have already come up by now.

“And that’s why I believe Florida and five other states are considering it now,” Daniels said.

Focusing on the section of the bill that says there would be “religious neutrality,” state Rep. Geraldine Thompson, a Democrat from Orlando, asked Daniels if that meant that students would also be taught Islam, Buddhism and Hinduism?

“No, that’s not what that means,” Daniels replied. Other Republicans on the committee said Flroida public schools already teach comparative religious classes..

Sparks flew after Anthony Verdugo, the executive director of the Florida Christian Family Coalition, spoke on behalf of Daniels’ bill.  He said that the curriculum must be academic in nature, not devotional, and said that “objectively” the Bible has had an impact on human history.

That comment pricked the ears of Democrat Anna Eskamani from Orlando, who said she was looking at the Florida Christian Family Coalition’s website.

That led Committee Chairman Rep. Byron Donalds, a Naples Republican,  to interject, saying the question wasn’t pertinent to the bill.

Eskamani then regrouped, saying that focusing on “one holy book” was not going to be objective and would perpetuate a non-objective look at the world. She then asked Verdugo if there should by any concern the way the bill was currently written that it would create a “really unsafe environment for the LGBTQ community?”

“Quite to the contrary,” Verdugo replied. “When you read this bill, it makes clear that this is a non-judgmental course.”

Dismissing the criticism, Daniels said he has received “zero complaints and full support” from the people in her district.

The bill now moves on to the Pre-K 12 Appropriations Subcommittee in the House. It has no Senate companion bill at the moment.

Michael Avenatti – a presidential contender in 2020?