While Florida’s proposed civics standards are garnering media attention — particularly over leaving out the word slavery — other new standards, such as the Holocaust and so-called “character education,” are under consideration too.

The proposed standards and others will be part of a “listening tour” in June, with the Department of Education presenting information and allowing the public to comment.

The first listening tour stop will be Tuesday evening in Miami-Dade County. The next will be Thursday, June 3, in Osceola County in central Florida. The last will be June 9 in Baker County in Northeast Florida. All sessions will start at 6 p.m., according to the Department of Education’s website.

“The listening tour gives the public an opportunity to share their thoughts on the standards and I encourage them to participate,” Education Commissioner Richard Corcoran said in a written statement. “Their thoughts and ideas are integral to the success of the process and, because of their valuable contributions, we will have better standards to guide instruction.”

One new set of standards address how the Holocaust should be taught in schools, from 4th through 12th grade.

The first standard lays the foundation for the rest of Holocaust education, expecting 4th graders to “compare and contrast Judaism to other major religions observed around the world, and in the United States and Florida.”

Fifth graders would learn about antisemitism and “recognize the Holocaust as history’s most extreme example of antisemitism.”

For middle schoolers, the proposed Holocaust standards would discuss the systemic and state-sponsored persecution of the the Jewish people.

High schoolers will also discuss how Nazi Germany targeted people other than the Jewish people, as well as people with disabilities, and LGBTQ people.

Another set of proposed standards focuses on “character education,” establishing desired characteristics students may learn throughout their school career.

The proposed standards outlines five categories for students to work on throughout their academic career: Self-Control & Responsibility; Resiliency & Self-Motivation; Leadership Skills; Kindness, Honesty, and Empathy; Cooperation & Conflict Resolution, according to the Department of Education’s website. 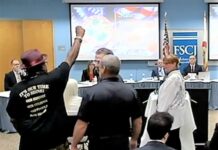 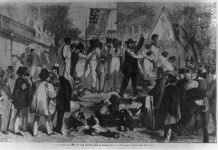 Besides civics, Holocaust and character standards for K-12 students are also up for public comments

Massive 2021-22 state budget for FL approved: Pitfalls for some struggling...