But those programs are now threatened by state lawmakers who have pushed to permanently cut a significant chunk of money for the state’s affordable housing fund. Those dollars come from documentary stamp revenues.

The legislation titled SB 2512, which reduces the percentage for the pot of money that goes into affordable housing, is headed to Gov. Ron DeSantis’ desk for his consideration.

The governor in January had recommended $423.3 million for such housing programs. But the legislation approved Thursday would be far lower than DeSantis’ proposal.

According to the Florida Housing Coalition, lawmakers have been pulling  money out for 18 years from what’s called the Sadowski Trust Funds, named after the late William Sadowski, a former agency secretary in Florida government.

The funds swept over years have resulted in “a shortage of more than 344,000 affordable homes for lower-income Floridians,” according to the housing coalition.

Affordable housing programs oftentimes are geared toward seniors, veterans, those with disabilities and low-income workers, according to the coalition. Housing trust funds are used for construction of new affordable apartments, repairing older homes and helping first-time home buyers purchase a house.

The Florida Senate agreed Wednesday to funnel $200 million to affordable housing – up from nearly $140 million in the original SB 2512 bill. The changes came from State Sen. Ben Albritton, a Republican member of the Committee on Appropriations. He represents DeSoto, Glades, Hardee, Highlands and Okeechobee counties, and parts of Charlotte, Lee and Polk counties.

Albritton increased the dollars by boosting the percentage of money that goes into the affordable housing fund.

However, the legislation had already reduced the percentages significantly, which likely means hundreds of millions of dollars will no longer be in the affordable housing trust fund.

State lawmakers in the Senate voted to approve the bill – SB 2512 – with the amendment on Wednesday.

And on Thursday, the Florida House voted 78-38 in favor of SB 2512, which substituted its House version. Now the bill will head to DeSantis.

Democratic state lawmakers argued against the bill that would sweep Sadowski funding for affordable housing programs, while Republicans praised the bill for offering $200 million to fund housing programs and addressing critical environmental problems. The affordable housing dollars taken by lawmakers will be used for issues such as sea level rise and wastewater systems.

“We all know how important it is to our state and its residents to ensure improvements to water quality by funding wastewater grants and we want to support that effort too. But what we do not want is to fund these vital efforts on the backs of our essential workers…We do not want to permanently cripple our state’s ability to combat our affordable housing crisis by continuing to steal the doc stamp tax distributions.”

Orlando State Rep. Anna Eskamani passionately spoke out against the measure, suggesting that the state has federal dollars available through the Biden administration’s COVID-19 relief package for projects that tackle climate issues.

“Literally it says in the act passed by Congress, that states can spend this money on water projects. So, we also have billions of dollars we can allocate for that to the point where we don’t need to cut into this affordable housing trust fund,” said Eskamani, a Democrat representing part of Orange County.

State Rep. Randy Fine asserted that the state must shift focus on solving its water problems, saying it’s our job “to spend our money in the highest and best use we can.”

“If we poison the water in this state no one would want to live here,” said Fine, a Republican representing part of Brevard County.

“Session after session, we’ve been fighting for affordable housing,” state Sen. Victor Torres, a Democrat representing part of Osceola and Orange counties, said Wednesday during debate in the Senate. “We need to have the Sadowski Fund fully funded.”

Torres, along with other Democratic members of the Senate argued that constituents in their respective districts struggle with paying rent during the public health crisis. “We need to help these families,” he said.

State Sen. Tina Polsky, a Democrat representing part of Broward and Palm Beach counties, said in the debate: “There’s the constant sweeping of the trust fund that we’ve had every year since its inception… There is not enough supply for general housing.”

The Florida Housing Coalition released a report in March, showing that COVID-19 exacerbated the national and state housing crisis, which was “induced by a loss of employment and an unusually high priced housing market for both homeownership and rentals.”

“Nearly a million very low-income households in Florida are one missed paycheck away or one unexpected medical crisis away from homelessness,” the group said. 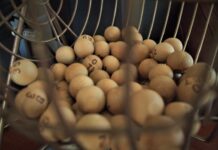 ‘Don’t mess with Bingo’; senators are cold to rule changes amid gambling reforms 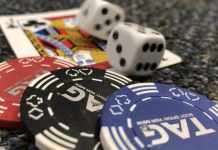 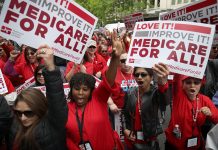 ‘Don’t mess with Bingo’; senators are cold to rule changes amid gambling reforms

A conundrum: FL students must learn online at home, but not...