For the first time since a tweet by the Florida Department of Health on Dec. 31, 2020, Gov. Ron DeSantis on Wednesday addressed the new, more transmissible COVID-19 variant that first appeared in the United Kingdom and is circulating in the state and the nation.

Florida has more cases of the so-called B.1.1.7 United Kingdom variant than any other state, according to the federal Centers for Disease Control and Prevention (CDC).

DeSantis, who is solely focusing on vaccines, finally addressed the potentially more lethal variant only after a question was raised following a news conference Wednesday. The governor then responded, saying he believes the current COVID-19 vaccines will protect residents against the new strain.

“If we get the seniors vaccinated, we will be good.”

However, the language from health experts, including the CDC, is not as concrete when discussing whether vaccines will work because of the new mutations.

The CDC is tracking the United Kingdom variant as well as two other strains that have come into the United States: B.1.351, from South Africa, and P.1, from Brazil. Neither of the two are in Florida, thus far, only B.1.1.7.

The CDC has reported and what the public need to know:

“The emerging variants CDC is closely monitoring have mutations in the virus genome that alter the characteristics and cause the virus to act differently in ways that are significant to public health (e.g., causes more severe disease, spreads more easily between humans, requires different treatments, changes the effectiveness of current vaccines).”

The CDC also has said on its website: “Scientists are working to learn more about how easily they (the variants) spread, whether they could cause more severe illness, and whether currently authorized vaccines will protect people against them.”

According to a Miami Herald story: “The two COVID-19 vaccines authorized for emergency-use in the United States during the pandemic — Pfizer-BioNTech and Moderna — were cleared before the variants were identified.”

“The drugmakers say their vaccines offer some protection against the emerging variants. However, the vaccines are not as effective against the variant that was first identified in South Africa. The more contagious variant has a mutation that makes it adept at dodging antibodies in the bloodstream, according to the New York Times.”

The most recent data from the CDC shows that Florida leads the nation with 343 cases of the B.1.1.7 variant, and the number of cases nationwide are close to 1,000.

The first variant from the United Kingdom was identified on New Year’s Eve 2020, involving a man in his 20s in Martin County, north of Palm Beach County. The information came by a Twitter message through the Florida Department of Health.

Lawmakers and local health officials held a press conference on Jan. 2 in Martin County, but that was it. Until Wednesday, there’s been no press conferences, news releases or Twitter and Facebook since that Martin case was identified on New Year’s Eve.

Cases are expected to continue to climb, as federal health officials earlier warned of the new COVID-19 variant potentially becoming the dominant strain by March.

It has been difficult to get information about cases of the new, more transmissible B.1.1.7 strain from the Florida Department of Health. The Florida Phoenix had to use a state law to request public records on the public health crisis that could help inform Floridians.

The department still has not provided all information about the gender and age or age ranges about the people who were infected by this particular variant. The department earlier provided the names of counties that have the B.1.1.7 variant, but that list has not been updated. 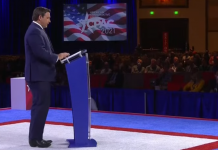