With evictions looming for unemployed Floridians unable to pay long overdue rent, Florida is in line to receive $1.4 billion in emergency rental assistance.

Gov. Ron DeSantis announced Tuesday that $850 million, well over half, of the $1.4 billion will be administered by state government, while the other $550 million will go directly to cities and counties with populations of 200,000 or more.

Households eligible for federal rental assistance include those where the breadwinners qualify for unemployment or which have incurred significant financial hardship due to COVID-19; those at risk of losing their housing; and those whose income is no more than 80 percent of the area median income.

Florida’s unemployment rate is 6.4 percent, representing 651,000 people as of Nov. 30, according to seasonally adjusted jobs data reported by the Florida Department of Economic Opportunity. A December report is coming soon.

Disbursement of the rental assistance funds is expected in “the coming weeks,” DeSantis’ office announced Tuesday. The announcement did not estimate how many households may get relief in time to fend off eviction.

Florida legal-aid lawyers and housing specialists told the Phoenix in a story reported Tuesday the rental assistance is most welcome but that thousands of evictions already are occurring despite a federal moratorium on evictions. Tampa and Jacksonville are cited by the National Low-Income Housing Coalition among Florida cities with the greatest number of evictions during the pandemic.

The U.S. Centers for Disease Control and Prevention issued a moratorium on evictions from September through the end of 2020 in hopes of slowing the spread of the deadly virus and reducing families’ exposure due to homelessness. Numerous lawsuits were filed challenging the CDC’s authority regarding housing issues.

A new moratorium authorized by Congress in the Dec. 27 appropriations act is in effect until the end of this month, and housing experts are hopeful President-elect Joe Biden will extend it for the duration of the pandemic after he takes office on Jan. 20. 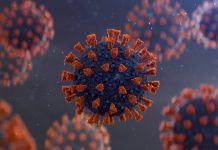 In the battle against COVID variants, FL has become a troubling anomaly