Tropical Storm Eta made its second Florida landfall at Cedar Key, on the Gulf Coast west of Gainesville on Thursday, and was moving over northeastern Florida, bringing storm surge, wind, rain and thunderstorms.

The National Weather Service expects it to exit to the Atlantic later today and continue moving northeasterly, prompting flood warnings in the Carolinas, Virginia and West Virginia.

The storm crossed the Florida Keys Sunday and dumped an estimated 20-24 inches of rain in parts of south Florida before meandering northward.

It is the 29th named storm of 2020, setting a new record that breaks the one from 2005, when the infamous Katrina devastated coastal Louisiana and Mississippi.

A handful of school systems cancelled classes Thursday, including Marion, Polk and Sumter counties. A few state-supported COVID-19 testing sites were closed Thursday in Pinellas, Hillsborough, Volusia, Osceola and Broward counties, according to the Florida Division of Emergency Management. Many others that had closed earlier in Broward, Miami-Dade and Palm Beach counties have reopened.

The weather system that guided Eta to make landfall Sunday at Matecumbe Key, intensified to a Category 1 hurricane Wednesday morning, and then weakened to a tropical storm that came ashore at Cedar Key Thursday. It will be followed this weekend by a cold front across the Southeast, according to the Weather Service.

Last week, Eta blasted Central America and the Caribbean as a Category 4 hurricane, killing more than 100 people in floods and mudslides, according to the Associated Press.

It is the 12th named storm in the Atlantic to hit the United States, the first to make its landfall in Florida (though Sally flooded northwest Florida when it made landfall in neighboring Alabama), and the 29th for the season in the combined Atlantic and Pacific regions.

Elsewhere, the National Hurricane Center reports it is monitoring a tropical wave forming in the Caribbean that is likely to strengthen as it moves westward. 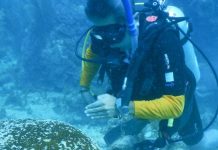 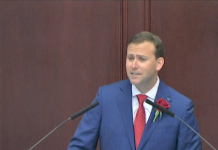 Bar owners drop at least one lawsuit, a day after the...