President Donald Trump has taken the lead against Joe Biden in Florida, with almost all precincts reporting, according to Florida’s Division of Elections.

Trump had been widening his lead throughout the evening, from 343,799 votes more than Biden’s total, to 381,165 in a relatively brief amount of time.

However, the count of all mail-in ballots has yet to be completed in most counties in Florida, according to the elections division.

In recent campaign appearances, Trump has vowed to win Florida. At the same time, political observers have said that Biden may not need to capture Florida in order to win the election. 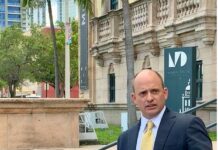 President Trump has widened his lead in FL, though not all mail-in ballots have been counted

Some schools may not be teaching African American history or other...