More than 90 percent of people who commented on proposed construction of three massive toll roads through rural Florida oppose the plan, according to an analysis of the nearly 10,000 comments gleaned from public records.

The “No Roads to Ruin Coalition” of Florida-based organizations and businesses announced Wednesday it filed multiple public-records requests starting last winter to compel the Florida Department of Transportation to release records of comments submitted over the past 15 months regarding the proposed roads.

The Department of Transportation released 9,886 comments, which “a small army of volunteer comment counters” across the state read and categorized as being in favor of, opposed to, or uncertain about the projects, according to the No Roads to Ruin statement.

The analysis found that 93 percent of commenters oppose the toll roads.

The coalition sent Transportation Secretary Kevin Thibault a letter Tuesday signed by representatives of 110 organizations and businesses outlining the overwhelming opposition and calling for a “no build” finding at this stage, which is considered “pre-planning.”

It criticized the Department of Transportation for resisting the release of reams of comments, for not analyzing and reporting what they say, and for not clearly offering “no build” as an option for the task forces to evaluate.

Much of the opposition but not all is based on concerns about the construction projects causing environmental degradation in some of Florida’s last undeveloped landscapes, according to the coalition’s analysis.

“They are against the toll roads because of the cost, worried more now with the revenue shortfall caused by the COVID-19 pandemic,” she continued. “Many people discussed the tourists who come here for our springs, rivers and parks. Many people wrote about the need to repair the roads we have and to consider other means of transportation.”

She said the comments were well-reasoned and that there was “no legitimate excuse for FDOT to withhold that information from the public or the task force members.”

Transportation Communications Director Beth Frady did not explain the department’s actions on the submitted public comments nor comment on the coalition’s finding that 93 percent of commenters oppose the projects – which are a $10 billion pet project of outgoing Republican Senate President Bill Galvano of Bradenton.

Frady responded to the coalition’s letter by saying, “In accordance with law, no transportation corridor can be built if it does not meet environmental or financial feasibility. As such, no build is and always has been an option.”

Two weeks ago, each of the task forces involved in planning the three M-CORES projects issued reports us thinge same wording: “The Task Force did not reach a conclusion based on the information available at this time that there is a specific need for a completely new greenfield corridor on land through the study area to achieve the statutory purpose. The Task Force expressed a preference for improvement or expansion of major existing highway corridors. The Task Force acknowledged the process for FDOT to consider a “no build” alternative in future project development activities until a final recommendation about each specific project is made.” 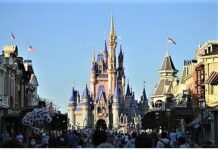