With billions of dollars of Social Security benefits flowing into Florida yearly, seniors are concerned about a presidential order to suspend payroll taxes that fund the social program.

Dave Bruns, a spokesman for AARP Florida, said he has taken many calls in the last two days from seniors worried about the long-term viability of Social Security if President Donald Trump suspends payroll taxes for now but then eliminates them, as he has long advocated.

“This is critical for Florida,” Bruns said. “It’s a very serious concern for older people. They know perfectly well what funds Social Security and that cutting the payroll tax is a threat to their livelihood.”

Bruns said his phone starting ringing after Trump on Saturday announced executive orders that include a payroll-tax holiday starting soon. He estimates that Florida is home to 4 million senior citizens who draw $7 billion worth of Social Security benefits.

“We have long-term concerns, deep concerns about changing the mechanism of funding Social Security,” Bruns said. “About 20 percent of seniors in Florida age 65 and older rely on Social Security for 90 percent or more of their total income.”

After negotiations in Congress on a coronavirus relief package stalled, Trump signed directives including a payroll tax holiday for Americans earning less than $100,000 per year, according to a White House briefing this past Saturday. The measure involves allowing employers to defer payment of the employee portion of certain payroll taxes. It wasn’t clear if Medicare taxes would be included as well.

“This will mean bigger paychecks for working families,” Trump said at the briefing. He also added, “If I’m victorious on November 3rd, I plan to forgive these taxes and make permanent cuts to the payroll tax.”

The tax holiday would not benefit the 30 million people still jobless in the United States since the pandemic collapsed the economy.

A preliminary estimate by the Committee for a Responsible Federal Budget based in Washington, D.C., puts the cost of the payroll tax holiday for employees at $100 billion through the end of this year, with repayment due in 2021, though Trump has said he would forgive the taxes if he wins the November election. However, Trump may need Congressional approval to do that.

“AARP is concerned by the Administration’s decision to suspend collection of payroll taxes, including that it won’t achieve its stated objective. Many Republicans and Democrats in Congress agree that a payroll tax suspension raises a number of problems – including potentially for employers who will need to repay taxes they have collected from employees but have not been forwarded to the U.S. Treasury. Further, this approach does not provide needed help to families out of work through no fault of their own.”

The AARP wants Republicans and Democrats in Congress to resume negotiations and adopt an agreement.

Putting more money temporarily into employee paychecks can be helpful, but even Republicans are concerned about how the payroll tax issue will play out.

Iowa Republican Chuck Grassley, chair of the U.S. Senate Committee on Finance, says he doesn’t support the payroll tax cut unless provisions are made to protect Social Security, according to an account from The Hill.

But if Trump wants to “terminate” the payroll tax on employees and employers altogether, Grassley indicated that would have to be part of a broader reform effort to find other means of funding Social Security, according to The Hill.

The Florida Phoenix asked business interests and employers about Trump’s plan to defer such payroll taxes.

Associated Industries of Florida did not respond to a request for comment Monday on Trump’s directives.

The Phoenix asked the National Federation of Independent Business (NFIB) to respond specifically to Trump’s directives on deferring payroll taxes as well as extending supplemental unemployment benefits of $300 or $400 weekly for jobless workers. (That’s in addition to regular state unemployment benefits in Florida of $275 weekly, which have been extended by 13 weeks.)

“Small businesses are doing everything they can to support their communities and get back to business as usual safely during this unprecedented time. NFIB recently issued legislative recommendations that will help the country’s smallest businesses recover, such as securing financial assistance, creating strong liability protections, providing targeted tax relief, and reforming unemployment insurance. NFIB hopes that the Administration’s effort will spur congressional action.”

NFIB’s 10-point plan for recovery, published in April, and its five-point priority list published in mid-July did not mention cutting payroll taxes for employees or employers. They key points do oppose an extension of federal unemployment benefits and call for a liability shield to protect employers from lawsuits related to COVID-19 infections contracted by workers or customers in their places of business.

Frank Knapp, co-chair of Small Business for America’s Future, said the payroll-tax deferral will saddle small business owners with an administrative headache that produces little benefit to workers, none to businesses, and none to the unemployed.

“I think this is a political strategy of shifting blame for no national policy and taking no leadership responsibility,” Knapp said, noting that Trump’s orders do not grant small businesses forgiveness for their CARES Act relief loans, which was his organization’s top request. He called Trump’s executive orders “a campaign tactic” and called on Congress to get back to work negotiating a deal for the American people.

Knapp said his organization endorses Sen. Cory Booker’s “Relief for Main Street” proposal targeting relief to small businesses and their workers that were largely left out of previous relief packages.

On the unemployment benefits issue, Gov. Ron DeSantis said Tuesday during questions at a news conference that federal CARE Act dollars allocaged to Florida could not be used to add $100 weekly to a supplemental unemployment benefit for the jobless because those dollars are already obligated. (The weekly supplemental benefit directed by Trump involves $300 from the federal government and $100 from states. However, some states could provide the benefit at the $300 level.)

DeSantis said the better option may be to take a loan from the U.S. Department of Labor to bolster the state’s unemployment funds.

“We’re looking to see what that would entail,” he said.

Further, DeSantis said his team is assessing the legal landscape.

“There’s only so much you can do through executive action (rather than Congressional action), DeSantis said. “I want to make sure there’s no legal risk for us. If someone was to challenge this, then we’d be left on the hook.”

Rich Templin, director of politics and public policy at Florida AFL-CIO, said Trump’s executive order on unemployment benefits is a false promise and “adds insult to injury” for working people struggling to stay afloat after losing their jobs through no fault of their own. He said Florida’s bungled handling of unemployment claims is a glaring example of how difficult it is for states to administer any but the simplest of unemployment schemes.

The Florida Department of Economic Opportunity’s last report in June said more than 1 million Floridians were out of work. Templin predicted that Florida, and other states in this economy, will have trouble mustering $100 per week for each of those people in order to qualify for Trump’s proposed unemployment supplement, potentially leaving them with no supplement at all.

“The executive order was a media strategy, it was a photo opp, it was a sound byte,” Templin said. “The U.S. Senate needs to do its job and come up with a solution that is rooted in good public policy.” He said the $3 trillion HEROES Act passed by the Democrat-led U.S. House of Representatives in May is a better solution for workers and employers, even with the $1 trillion reduction offered by the House to the Senate to reach a compromise. The GOP-run Senate’s HEALS proposal would cost $1 trillion. 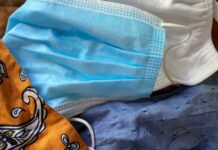 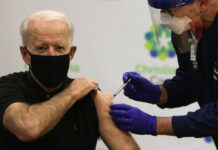 A century ago, black residents of Ocoee were killed or forced...

Compensation for Clifford Williams, who spent 43 wasted years in prison,...