For sure, Martin County School District in southeast Florida opened school doors to students on Tuesday.

But with constant fluctuation about starting dates during the COVID-19 pandemic, there’s confusion on which public school districts are opening or not.

The Florida Phoenix found that in total, seven Florida school districts are open Tuesday at brick-and-mortar schools amid the pandemic. All districts have a virtual option for families if they don’t want their children at a traditional school.

The Florida Department of Health on Tuesday reported 542,792 COVID-19 infections and 8,553 deaths of Florida residents.

The original DOE tweet also did not list Orange County, which started virtual-instruction-only on Monday. That district will open brick-and-mortar schools later in the month.

DeSoto, Okeechobee and Gulf Counties were listed in the tweet as “returning to school this week,” despite that those three districts won’t start school until next Monday, August 17.

In Jackson, Pinellas and Escambia, students will return to brick-and-mortar schools on August 24, but the DOE tweet listed that those districts would be reopening this week.

The DOE’s tweet was vague as to what “districts returning to school this week means” — it may have included districts where teachers were returning for pre-planning for the new school year.

The Phoenix attempted to contact the DOE for clarification, but the agency  has yet to return a call. 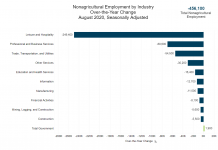 Cyberattacks give Miami-Dade public schools a rough start to the new...

Judge grants temporary injunction to allow local districts — not the...