Deaths from COVID-19 for the first time have reached the 6,000 mark, following an increase of 186 new deaths of Florida residents, according to data published Tuesday by the state Department of Health.

The exact death toll is now at 6,117. Of the total, 2,760 are from residents and staff at long-term care facilities.

The deaths range from a 9-year-old girl in Putnam County in north Florida to a 108-year-old woman in Miami-Dade, according to data that the Phoenix analyzes from the health department.

Miami-Dade has the largest number of deaths, 1,425, following by Palm Beach, 779 and Broward, 607. Those three counties have been at the epicenter of the pandemic.

Meanwhile, COVID-19 infections are at 441,977, according to the state data, up from 9,230 the day before. Earlier last week, the increases in some cases were rising by more than 12,000, but there’s been some tapering off in recent days.

Even so, if new infections of about 9,000 continue to rise daily, Florida will likely reach the 500,000 mark in COVID-19 infections in less than a week.

The numbers have been critical as millions of students go back to school in August, and some families, students and educators fear that brick-and-mortar schools may not be safe.

The Florida Education Association recently filed a lawsuit over the matter, and the United Faculty of Florida has requested Gov. Ron DeSantis to direct all higher education institutions to use online learning only, rather than in-person instruction on college campuses.

The death rate in Florida is still lower than about two dozen states, with the highest rates in New Jersey, New York, Connecticut, Massachusetts and Rhode Island, according to a New York Times analysis. That analysis is based on the number of deaths per 100,000, with Florida ranking 23rd of the 50 states. 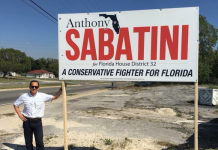 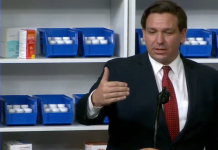 Is Gov. DeSantis’ ‘law-and-order’ agenda happening or not? Floridians would like to know what’s...