While shaving $1 billion worth of projects from the Florida Legislature’s 2020-21 state budget, Gov. Ron DeSantis could not touch funding for future construction of three controversial toll roads through rural Florida.

That’s because the money for the toll roads is embedded in state law.

A coalition of 80 organizations and businesses in June wanted DeSantis to redirect $90 million earmarked this year for massive toll road projects called Multi-use Corridors of Regional Economic Significance, or M-CORES. They wanted that money put into the state’s general budget for other needs.

But that wasn’t an option.

It looks like the toll road funds are veto-proof —  hardwired into the Florida Department of Transportation’s long-term work plan, said David Cullen, lobbyist and budget analyst with the Sierra Club of Florida.

“For fiscal year ’20-21, $90 million is retained in the state transportation trust fund for M-CORES,” Cullen said.  “The governor can’t reappropriate it for a different purpose.”

The three M-CORES are a pet project of Senate President Bill Galvano, who secured legislation and initial funding for the toll roads in 2019, despite the Department of Transportation independently citing no need for them.

“There’s a time and a place for long-range planning, but with M-CORES, it’s not based on documented need and it won’t have utility for years,” Cross said.

The M-CORES projects are the Suncoast Connector (between Citrus and Jefferson counties), the Northern Turnpike Connection (from the northern terminus of Florida’s Turnpike northwest to the Suncoast Parkway), and the Southwest-Central Florida Conector, from Collier to Polk.

“The overall direction by the Legislature to proceed with the development and planning of the M-CORES program was signed by the governor in 2019 and is now Chapter No. 2019-43 Laws of Florida, and cannot be amended without approval by the Legislature,” Betta said.

She said only the Legislature can amend the law, which it did in regular session in the spring – to postpone by six weeks the final deadline on reports due this fall from the M-CORES task forces. 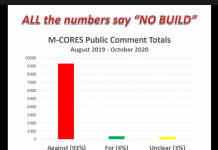 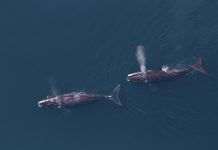 A whale of a tale gets a happy ending (for now)