In frank comments about African-American legislation in Florida, State Sen. Randolph Bracy, who is a Black man, said he thinks that some Republicans  “have a concern with having their names attached to reparations for African Americans.”

“Some people are concerned about the political fallout,” Bracy said in a phone interview Friday with the Florida Phoenix.

The comments came after Gov. Ron DeSantis signed an education bill this week designed to teach public school students about the “Ocoee Election Day” massacre of 1920.

Bracy, an Orange County Democrat, had been leading efforts to bring awareness of the horrific events that took place in Ocoee and provide financial compensation to victims’ families.

He filed bills to create a trust or compensation fund for descendants, but he was unsuccessful in getting approval for reparations.

The two-day riot, which took place in the Orange County town of Ocoee, involved the lynching of Julius “July” Perry, a wealthy Black man. Ku Klux Klan members were furious about Perry’s attempt to vote in a presidential election and he encouraged others to vote in the black community.

“Shepherding this bill taught me a lot about the history of the state of Florida when it comes to racial violence. And as I shepherded this bill, I had people reach out from all over the state telling me about different incidences of racial violence,” Bracy said in a news conference earlier this week.

“Many people don’t realize Florida has had probably the worst record of racial violence of any state,” he said.

Other African American residents in the town were slaughtered or forced to flee their homes, leaving behind land holdings, now worth millions, that were acquired by the state. Here is a previous Florida Phoenix report with details about the historic event.

Ultimately, Bracy’s efforts led to the education bill signed by Gov. DeSantis earlier this week, about instruction on the “Ocoee Election Day” massacre of 1920.

However, the instruction contemplated in the legislation may take longer than expected to meld into the curriculum. And it could be a long journey before kids learn anything about the Ocoee riots.

The bill requires the Commissioner of Education’s African American History Task Force to come up with recommendations on what will be included in the instruction related to the Ocoee massacre.

Those recommendations won’t come until March 1, 2021, which means students will not get the instruction when they return to school in August, and likely won’t see it in the second semester.

During the legislative session, Bracy ended up tacking the education piece of his Senate legislation on the Ocoee massacre to a Holocaust education bill in the state House.

“In the House it (his Senate bill) never got a hearing,” he said. “I think that in itself is the problem…that the House would move a Holocaust bill but not an African American course,” Bracy said in the interview Friday with the Phoenix.

The House version had a number of sponsors, including State Rep. Randy Fine, a Republican representing part of Brevard County.

“Please know today, this is just the beginning of the story to be told,” she said. 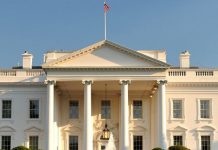 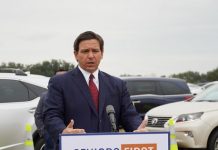 Feds tell states to give COVID vaccine to those 65 and older to speed rollout; FL already began that effort