After weeks of little to vague guidance from the state, Gov. Ron DeSantis and Education Commissioner Richard Corcoran announced hundreds of millions of federal dollars to fortify and reopen public schools that have been closed for months.

“The message should be loud and clear,” Corcoran said. “What we are saying, with a strong recommendation to our great superintendents that we work with—we want schools fully open in the fall, because there’s no better way to educate our kids than to have that great teacher in front of that child.”

Corcoran referenced the challenges faced by families to finish school at home online for several months during the COVID-19 pandemic. Florida students moved to distance learning in mid-March and have struggled with transitioning into learning at home.

At a press conference Thursday, DeSantis outlined initiatives to bolster student learning, from improving student literacy and closing the gap in academic performance between white and minority students, to launching summer programs for kids deficient in reading.

The money came from the federal “CARES” Act approved by Congress.

The initiatives are meant in part to help students catch up in their studies following the difficulties of remote learning at home. Loss of instruction time particularly impacts low-income, minority and special needs students.

A $64-million “summer recovery,” for example, would include targeting students with significant academic needs, with 4 to 6 weeks of “face-to-face learning on school campuses from July to August.”

The initiatives also include $55-million for child care facilities and $21 million for “successful transition to kindergarten,” which would include summer programs for struggling young students.

Another $2 million would go to increase telehealth services for students trouble with mental health concerns as result of the pandemic.

While the statewide package of initiatives will be a relief for school districts, many details to reopen schools will be decided at a local level.

“We believe those are locally driven decisions,” DeSantis said. “So, we want to empower, not just the superintendents, but all the local stakeholders to be able to practice solutions that make the most sense for that area.”

A press release from the Governor following the press conference provided more detailed recommendations for how schools should reopen and as well as a loose timeline for the following months.

The trajectory would be summer camps in June; summer recovery instruction in July and opening up campuses in August “at full capacity for traditional start of the academic year.”

“Education institutions should create a local safe schools plan to maintain in-person learning, which is the best method of education delivery for students,” the written recommendations say.

The announcement came at a time when school districts have been waiting for months on guidance from state officials on how schools should reopen in the fall. With less than two months to prepare the 2020-21 school year, school districts and private committees attempted to figure out what to do.

A committee of educators and public officials formed by the Florida Education Association and the United Faculty of Florida began conversations last month to provide their recommendation to Corcoran on how to safely reopen schools. The committees released those recommendations a week ago.

In response to DeSantis’s announcement the FEA said in a written statement, “Florida closed schools with the health and safety of students and school staff in mind. The reopening of schools must be done in the same way, with safety at the forefront.”

“Any plans that fall short of the dual goals of safety and equity falls short of what Florida’s students deserve,” the FEA said. 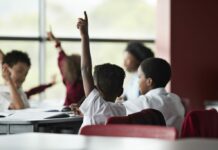 A controversial “Parents’ Bill of Rights”: What is it? And what does it mean for students and families?

Brewers Guild asks state for help, saying the industry is in...