Expanded testing for COVID-19 in federal prisons is revealing far more infections behind bars, including one prison where more than half of the inmates have tested positive for the disease.

By Thursday evening, the federal inmate death toll across the nation was 33, up from 28 on Tuesday, according to the U.S. Bureau of Prisons. The first death was reported 31 days ago.

The highest number of fatalities reported by the Bureau of Prisons through Thursday night were at Elkton Federal Correctional Institution (FCI) in Lisbon, Ohio, where seven inmates died, and at Oakdale FCI, in Oakdale, La., also with seven deaths. At least one inmate has died at five other federal correctional facilities, none of them in Florida’s nine federal prisons. (These data are for federal prisons around the nation, not in state prisons).

As to infections, the number of confirmed cases rose by Thursday night to 1,692 inmates and 349 employees among 47 of its 122 facilities.

Fort Worth Federal Medical Center reported 336 infections by Thursday night, up from 234 on Tuesday after weeks of reporting none. Three inmates have died there or in local hospitals.

The medium-security prison in Butner, NC, one of three federal prisons there, reported 207 inmate infections through Thursday night, up from 60 on Sunday. Six inmates have died there or in local hospitals.

“The BOP has begun additional testing of asymptomatic inmates to assist in slowing transmissions within a correctional setting. As such, our data reflects an increase in the number of COVID-19 positive tests,” the Bureau of Prisons announced this week.

Florida has nine federally run prisons. Miami Federal Detention Center, holding inmates arrested but not convicted who could not post bail, has reported 13 employees are confirmed positive for coronavirus.

Three others — Coleman U.S. Penitentiary and the Coleman FCI low-security unit, both in Sumter County, and Tallahassee FCI — report one inmate and three employees infected, collectively.

The U.S. Bureau of Prisons has released 1,871 selected inmates to home confinement to slow the epidemic behind bars. 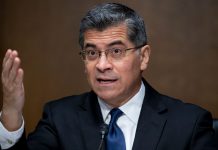 At one federal prison, more than half of inmates infected with COVID-19; across the country, 33 inmates dead

Senators to hemp experts: Do we know what we’re doing?

FL Legislature 2021: Lawmakers will address symptoms of climate change, but...