The Big Cypress National Preserve is a soggy wonder — a place that is, as nature writer Jeff Ripple once noted, one of the few left in Florida where you can stand still and hear nothing but the sounds of nature.

Forty-six years ago, when the federal government bought the Big Cypress Swamp and created the 729,000-acre preserve, the government left a loophole that makes the word “preserve” somewhat misleading.

Although the National Park Service took charge of the land, which is a haven for some of Florida’s most endangered wildlife species, the feds did not buy the mineral rights under the land.

Those are overseen by the Collier Resources Company, which three years ago dispatched a Texas oil company into the preserve. The oil company used a massive, 33-ton machine that sends sound waves into the ground to determine how much oil might be under 110 square miles of the preserve.

Photos show that the 2017-2018 search by Burnett Oil Co. left behind a mess: Muddy tire ruts 2 feet deep and 15 inches wide that filled up with water as if they were boating channels. Dwarf cypress trees that had been cut down or driven over. Earthen interruptions of the flow of water across a landscape that feeds into the Everglades’ famed River of Grass.

“It was horrendous,” said Alison Kelly, an attorney with the Natural Resources Defense Council. Kelly said she had spent 10 years working as an enforcement attorney for the South Florida Water Management District “and I’ve never seen anything like this.”

Environmental advocates showed the photos to a U.S. Army Corps of Engineers enforcement officer, who visited the site Feb. 4 to see it for himself.

He wrote a letter to the oil company on March 6 saying that what the trucks did to the preserve “equates to mechanized land clearing, ditching and channelization” and thus “the survey had the adverse effect of degrading a water of the U.S.”

Any further searches for oil, he wrote, would require a wetlands destruction permit from the Corps, which would mean undergoing a permitting process that could take years.

Oil company president Charles Nagel III fired back with a letter of his own, pointing out that the Corps had previously determined that the act of driving a truck through the preserve didn’t require any permits under the Clean Water Act.

Despite the Corps’ enforcement officer seeing the damage himself, Nagel wrote that the letter smacked of a smear campaign mounted by environmental groups that had sued to stop the oil company survey and failed.

Earlier this month, the colonel in charge of the Corps’ Jacksonville office sent a letter to Nagel that struck a more conciliatory tone. The new letter “rescinds the conclusions specified in the previous letter and asserts no further action is being taken,” the colonel wrote.

What changed? Did the Corps swap its boots for flip flops? Kelly said she suspects the Collier company, which is jointly operated by the two largest corporations in Collier County, used its political influence to force the Army into an about-face.

An Army spokeswoman said the Burnett letter prompted Army permitting officials to review the case and talk to the Big Cypress staff. They concluded that despite what the enforcement officer saw, the agency had “no clear evidence of any residual adverse effects from Burnett’s activities on the hydrology or biology of Big Cypress,” Corps spokeswoman Nakeir Nobles said.

When contacted for comment, Burnett officials referred back to their letter to the Corps. When asked if they intended to return to the preserve to continue searching for oil, they emailed a statement this week that said, “Like everyone else in the industry we are watching oil prices and evaluating all of our projects.”

Collier Resources did not respond to calls seeking comment, but the Collier website says the company is committed to carrying out its oil exploration and development plans in “a responsible, transparent and environmentally-sensitive manner.”

Although Burnett needed no Corps permit, it did have to get one from the National Park Service that specified how it would make up for any damage. According to Big Cypress Superintendent Tom Forsyth, Burnett “has done everything it was required to do.”

Of the 100 miles of trails the oil company gouged into the swamp, “they’ve done the repairs on 90 percent on them.” Foul weather slowed them down, he said, and then the crew that was repairing the damage was nearly finished this spring when the coronavirus restrictions forced them to stop and go home.

Burnett’s permit expires in December, Forsyth said, and he’s not sure whether they will be back to search again. He also said he wasn’t sure what impact seeing a big truck driving over trees, gouging holes in the muck and sending vibrations into the ground might have had on the wildlife in the preserve, such as red-cockaded woodpeckers, wood storks and the Florida panther.

Deborah Jansen, a Big Cypress biologist who’s been studying panthers since 1981, said the area where the big trucks went wasn’t good habitat for deer, which panthers like to eat, and thus didn’t disturb the panthers – yet. But if Burnett finds oil and then tries to pump it out, she said, that would require building new roads, bringing it lots more traffic and making all kinds of racket that would chase away wildlife.

The ideal solution would be for the federal or state government to buy the Collier company’s mineral rights so there would never be any drilling. The price might be pretty low right now, given the recent collapse of the oil market.

The feds have talked about acquiring Collier’s mineral rights since the 1990s, with appraisals of the value ranging anywhere from $5 million to more than $400 million. In 2003 top officials of the Department of the Interior signed an agreement to buy Collier’s rights for $120 million, but that deal later fell apart.

A subsequent inspector general’s report found that Collier had used its political clout to bully department officials into a deal it described as “fundamentally flawed,” because the true value was far less than $120 million. The investigation also found notes from Interior officials suggesting Collier didn’t really want to drill for oil, but just wanted to get paid.

In January, the NRDC, Sierra Club and other environmental groups called on Gov. Ron DeSantis to use state funds to buy the Collier mineral rights. After all, he had just announced the state would buy 20,000 acres of Everglades land on the east side of the state to spare it from proposed oil drilling.

Four months later, Kelly said, the DeSantis administration’s response to their request has been the kind of utter silence that Big Cypress is known for. 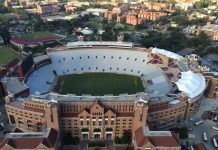 In swing states like FL, young Black Americans not sold on Biden, the Democrats or voting