Now, the world is indefinitely adapting to life with coronavirus, including isolation at home.

Florida Congresswoman Kathy Castor, a Tampa Democrat and chair of the House Select Committee on the Climate Crisis, said the world is rightly laser-focused on fighting coronavirus and saving lives.

But she believes one crisis can inform the other and that this moment in time presents an important opportunity to reinvent the economy and the way we live.

“It’s also important that we carve out time to discuss the other major crisis: the climate crisis,” she said in a Democratic panel discussion Monday on climate change hosted by the Joe Biden presidential campaign.

The panel called for policy reform at the federal level to protect the climate and wants funding in the COVID-19 stimulus packages to help transition the nation’s work force to clean and efficient energy.

Castor said clean energy can protect the climate and create massive job opportunities to help heal the nation’s broken economy. Elevating the role of science will be pivotal in resolving both crises, she said.

“This pandemic has thrust the importance of science and the important of science-based public policy front and center,” said Stephen Smith, a biologist, veterinarian, and executive director of the Southern Alliance for Clean Energy. “For years, we’ve been tracking climate change. The parallels are so, so, so vivid.”

Coronavirus took much of the world by surprise, Smith said, but climate change is well understood and could, with focused effort, be curbed in time to prevent the devastation scientists forecast will occur soon if the trajectory of warming doesn’t halt and reverse. Ongoing coastal flooding in Florida is one indication of what is to come.

The World Meteorological Organization, a science coalition under the United Nations, reported that heat-trapping greenhouse gases reached a new record of accumulation in the atmosphere in 2018 and must be drastically reduced to to avert a dangerous tipping point.

Smith said isolation has presented some unexpected opportunities to reflect on that future.

“I don’t think we’re going to return to the same world we had pre-pandemic,” he said. “We have an opportunity, with this downtime of social isolation … there are things you can do at home, things to think about, and plan for, so that we become more a part of the solution than the problem.”

For one thing, carbon emissions from fossil-fueled automobiles temporarily declined roughly 20 percent worldwide when economies shut down and people isolated at home, according to The Carbon Brief, a climate science journal, and other sources. The reduction equates to 2,000 tons less CO2 emitted into the atmosphere this year.

Smith said people can see with their own eyes and feel in their own lungs what cleaner air is like. He thinks it could motivate people to give more thought to switching from gasoline-fueled cars to non-polluting electric vehicles.

Susan Glickman, the Florida director of the Clean Energy alliance, said low- to moderate-income households are most at risk because their utility bills are a bigger portion of their household budget.

The expense can be reduced significantly with conventional weatherization measures, she said. In addition to those, alternative energy sources such as solar panels, solar water-heating, solar attic roofs and passive cooling can make homes very efficient, sustainable because they are powered by endless sunshine, more affordable for a longer time, and less polluting.

Smith predicts the post-pandemic world will utilize far more telecommuting than before and that business travel will never return to its former volume. He predicts that sales of electric vehicles will surge post-pandemic, as consumers realize that EVs are reliable, clean and affordable – and that they can be charged at home. Before long, he said, battery storage will be so good that an EV’s battery could even power household appliances during storm-related power outages, comparable to conventional generators.

Also, to work at home in isolation and into the future, he said people are adapting their dwellings to carve out high-functioning offices, quiet study areas, and low-traffic zones for high-risk members of the family. While millions have lost their jobs and are postponing projects, others are tackling small projects during isolation to make their homes more functional and more livable for the foreseeable future.

Doug Coward, executive director of Solar and Energy Lending Fund (SELF), a non-profit that makes low-interest, unsecured loans for solar and energy-efficiency home improvements in the Southeast, said interest in such projects has been brisk during the shutdown. SELF serves seniors, people with disabilities, female heads of household and veterans.

“We closed $14,000 in loans today,” Coward said Monday. “(By the end of April) we’ll likely reach $600,000 in lending since March 1.” Those loans, he said, are for high-efficiency air-conditioning — in increasing demand as summers get hotter and longer due to climate change — along with roof replacements and solar projects aimed at reducing home energy consumption, cutting costs, and improving quality of life inside the home. They also make homes more resilient against hurricanes and reduce home-insurance costs.

“The demand has gone up,” Coward said. In fact, the company is expanding in the midst of the crisis. The loans are mostly small ones, no more than $50,000,

At an excruciating price, the pandemic and the shutdown have forced people to re-evaluate, Coward said.

“It causes us to reflect on the way we live our lives … and rethink a better path forward,” he said.

Smith, at the Clean Energy alliance, agreed, predicts that interest in sustainability, energy independence, and resilience will become part of the post-COVID-19 world especially if federal stimulus and recovery funds support advances in that direction.

At the global level, the executive director of the International Renewable Energy Agency said installation of renewable-energy projects already was outstripping conventional energy projects in many countries and will continue. He said the pandemic can and should be a turning point away from fossil fuels that are fouling the atmosphere and toward a cleaner, healthier, more resilient world.

“We have to imagine a world that could be resilient to this threat,” said Francesco La Camera, in a conference call from Italy hosted by the Atlantic Council’s Clean Energy Center. “It is definitely possible to move to a clean and just world. This is the best moment to make this possible.” 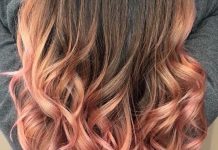 Lawmakers deregulated parts of FL’s beauty industry. Should clients, and the governor, be concerned?