As cases of COVID-19 are being confirmed in Florida prisons, a Democratic Congresswoman and a state representative called on Gov. Ron DeSantis Wednesday to release qualified inmates most at risk of contracting and possibly dying of the disease.

“Priority considerations should be given to all medically ill inmates that do not pose a threat to the community who have lung, breathing, and respiratory conditions that are prone to, or susceptible to, lung diseases and or airborne illnesses,” said Congresswoman Kathy Castor and state Rep. Dianne Hart, both Democrats from Tampa, in a joint press release.

In light of the coronavirus pandemic, and the special risk posed in congregate living facilities, Castor and Hart urged the governor to grant compassionate medical release to inmates with underlying medical conditions that increase their risk, as well as inmates with deteriorating mental and physical health.

They said such releases could curb contagion and mortality in Florida prisons, which hold 96,000 inmates in 144 facilities and employ 24,000 staff.

“If this virus spreads throughout our facilities, we will see more deaths and more strain on our already overwhelmed medical system,” Hart added in the press release.

The Florida Department of Corrections reported Tuesday that 12 employees in eight state prisons and two regional offices are confirmed positive for the new coronavirus and are off duty. It reported that no inmates have been confirmed positive. The Wednesday afternoon update reported no new infections.

The governor’s office declined to comment and referred Phoenix questions to the Department of Corrections, which said it does not hold the authority to release inmates short of completion of their sentences, even in an emergency such as this. By 4:30 p.m., the department did not answer questions about how many coronavirus tests have been conducted in the state prison system and how many inmates are being monitored, if any.

Castor stressed that inmates and corrections employees are forcibly housed in close quarters and are less able to practice social distancing than the general population, making contagion a severe threat.

“There is no time to waste, and I call on the governor to move decisively to safeguard both the health of correctional officers and inmates,” Castor stated in the press release.

Release dates have not been affected by this health emergency. FDC does not have the legal authority to release inmates prior to completion of their sentence. FDC ensures inmates serve their court-ordered sentence in accordance with Florida law.

Florida also is home to nine federal prisons that incarcerate nearly 10,000 men and women and employ a workforce of 36,530.

Those prisons are in Jackson, Escambia, Leon, Dade and Sumter counties. The U.S. Bureau of Prisons reported Wednesday that its confirmed COVID-19 infections rose overnight to 29 inmates and 30 staff, an increase of seven cases, none of them in Florida.

One federal inmate died of the disease, on Saturday at a prison in Louisiana.

The Bureau of Prisons announced it was imposing a 14-day inmate lockdown nationwide starting Wednesday. 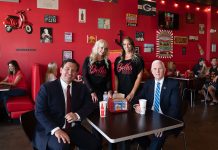