Update: Following a lengthy debate over the merger of New College with the University of Florida on Tuesday, the House Appropriations Committee voted, 17-11, to advance the bill.

News about lawmakers attempting to merge New College of Florida with another public university came as a bombshell to Steven Keshishian, a third-year student.

The last-minute merger – via a bill filed earlier this month in the Florida House – threatens the Sarasota liberal arts college’s independence and has prompted students to rally against what the Legislature wants to do to their school.

“I personally didn’t understand … we excelled the moment we became independent,” Keshishian said in a phone call with the Florida Phoenix. “We have an identity we created.”

“I wanted a place where I had academic freedom, it’s our drive to be better, we are a group of students who really want to learn. [New College] is a place where you’re cooperating with your peers, it feels like everyone is invested.”

Last week, students held a rally on campus in Sarasota with over 100 people in attendance, Keshishian said.

In Tallahassee, the legislation, HB 7087, was filed by Republican State Rep. Randy Fine of Brevard County on Valentine’s Day, and has received pushback from New College officials and some lawmakers. The Florida Phoenix reached out to Fine for comments but hasn’t received a response.

Which public university would take in New College?

An earlier version of the proposal involved Florida State University acquiring New College, which drew a lukewarm response from Gov. Ron DeSantis during a press conference last week at the Capitol.

“I don’t know what FSU’s interest in that is,” DeSantis said. “It seems like if you’re going to do something like that, USF [University of South Florida] would probably be more natural, given the location. But, at the end of the day, I think that we have a lot of good things going on with the universities. We can’t necessarily be all things to all people, so if there’s ways to do it that’s more efficient, I’m certainly willing to look at it and discuss it.”

DeSantis continued: “I think if you look at the engines for the state, the engines for the state have been, of course, UF, FSU, and USF. USF is a top 50 university, and the fact that USF is anchored in one of our major metropolitan areas, to me, I think that means that they have a potential to do a lot of great things in the future. I’m not endorsing anything, but I’m always open to ways that we can have the dollars go further and our university system is really fulfilling the mission that I think taxpayers want: to prepare these students to be able to be successful.”

The legislation cleared its first House committee – the Education Committee – with some lawmakers voting against it.

Fine, the sponsor, then decided to switch from FSU to the University of Florida as the entity that would merge with New College.

How small is New College?

The latest enrollment data on New College’s website shows 808 undergraduates and 29 graduate students enrolled in Fall 2018, with a class average size of 14.

That class size is extraordinarily small compared to universities where hundreds of students can be squished into a classroom, with an instructor or adjunct at the head of the class instead of a tenured professor.

Last week, Florida Senate President Bill Galvano told reporters at the Capitol that he is open to the idea of a merger but hasn’t made a final decision.

“I have expressed my own concerns about the status of New College, given some of the financial decisions that we’ve had made in the past,” Galvano said. “I believe the discussion was worthy of having. And I share with the Speaker (House Speaker Jose Oliva) that I would like to have that discussion and take a review and understand what it will look like going forward.”

Galvano, of Bradenton, which is near the Sarasota campus, added: “I’ve always been a protector of New College, I think it adds value to our community… if there are systemic problems with the institution, I’d rather discuss them now and figure it out. I met with New College president and I shared some concerns.”

In that conversation, Galvano was told by New College President Donal O’Shea that the school has had difficulties reaching some of the performance metrics outlined by Florida’s higher education officials. The metrics, which are connected to funding, include things like graduation rates and retention of students, so they don’t drop out.

“No final decision has been made on my part,” Galvano said.

What do New College officials say?

O’Shea has met with legislators at the Capitol, advocating for the institution to remain independent. And other university officials fear that the college would lose its value of offering a unique learning environment to students.

O’Shea said in a written statement on New College’s website: “I was surprised to learn about a proposal in the state’s House Education Committee to merge New College of Florida into Florida State University, and Florida Polytechnic University into the University of Florida. While the Legislature has every right to consider a differently configured State University System, I know the system is stronger with an independent New College.”

“We are continuing to work closely with our legislative team in Tallahassee as well as our fellow institutions in the State University System to do what we can to ensure a strong and independent New College for today and into the future,” he added.

President O’Shea spent the last two days in Tallahassee meeting with legislators and asking them to oppose this proposed merger of New College into Florida State University,” Ann Comer, director of marketing at New College of Florida, said in an email to the Florida Phoenix.

She added: “New College is unique within Florida’s state university system, offering a small, challenging, individualized liberal arts education and has a unique curriculum that doesn’t fit within Florida State University or any other large university, and folding it into FSU would compromise its special value and leave Florida with nothing like it.”

Following those comments, it became clear that the merger would involve  University of Florida, instead of Florida State or USF.

This afternoon, New College students are expected to appear at a House appropriations committee meeting, where lawmakers will consider the proposal. 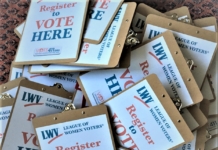 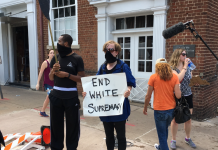 Nationwide survey: Most nurses have not been tested for COVID-19 and...