Some Florida legislators want more privacy.  They’d like to live secretly, in houses where no one can find them.

Yes, as dumb as this sounds, this has become an actual bill in the Florida Legislature.

The Senate sponsor is Republican Kelli Stargel, who represents parts of Lake and Polk counties. She already lives at a secret address because she’s married to a former legislator who is now a judge in Polk County.

I can see some reason to make the home addresses of judges exempt from Florida’s public records law, just in case some convicted criminal gets out of prison and wants to pay a visit.

They’re supposed to live within the confines of their legislative districts and most of them are so little known that the average criminal would never find them. But this is an idea that could catch on.

Elsewhere in the world of state government secrecy, Rhode Island legislators are toying with a law to tint their windshields so they can hide from unhappy residents.

Rhode Island law prohibits vehicle owners from tinting their car windows, much like the laws of many other states, including Florida.

But Rhode Island Democrat Anastasia P. Williams has introduced a bill that would carve out an exemption for state lawmakers, police officers, fire fighters and state judges, so they could cruise the streets behind tinted glass.

I wonder what other laws could pass to protect the poor dears serving in state legislatures?

How about a statute allowing lawmakers to escape reporting on the campaign contributions they receive?

Or a statute to let lawmakers accept big money and gifts from lobbyists, without disclosing those gifts to the public?

Seriously, public officials who are entrusted with making the laws that govern our lives and collect taxes from us should learn to live with Florida’s Government in the Sunshine laws.

We should certainly be able to verify where lawmakers live in a system that requires legislators to live in certain districts. We should also be able to know a little bit about what they own: businesses, houses, vehicles and property.

We expect some information to remain confidential.  There is a reason for secrecy in areas such as names of rape victims and drug informants, and personal medical records.

But there are good reasons for financial disclosure among public officials and open campaign finance records and deeds and mortgages which are routinely filed in county courthouses.

Bill sponsors often insist we could find the “best and brightest’’ presidents if only we did it in secret. That’s an insult to the people who are serving in those jobs now or in the past.

I would suggest that most of the selections made in public have been good presidents who have advanced education and the reputations of our public universities in Florida.

Ok, suppose we did make the selection in secret. Just how well do you think a person selected in secret could operate in a state that prizes open meetings and open records? Not at all, I would suggest.

Public officials should avoid putting our citizens in the dark. 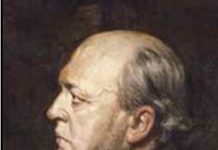 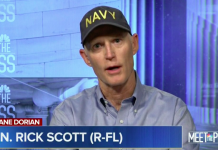 No FL governor in modern times has been more secretive than...