Overall, 56 percent of Florida graduates in 2019 took at least one AP exam during high school – the highest percentage in the nation, according to the nonprofit College Board, which administers AP exams.

But Florida’s push to get kids to participate in the rigorous AP classes and take the AP exams didn’t mean students did well: Nearly half the 2019 Florida graduates who took AP exams across all subjects failed, College Board data show.

The passing scores are 3, 4, or 5. The lowest scores – a 1 and a 2 – mean kids will lose out on college credits and savings on tuition.

Over the years, the College Board has cited the benefits of AP – including classes that challenge students and reading material that prepare them for college – even if students don’t pass the exams. (Fees are charged for the exams.)

And Education Commissioner Richard Corcoran said in a written statement: “Advanced placement courses are a gateway to achieving success in college, career, and, ultimately, in life, and I am extremely proud of these results.”

State officials said that Florida’s 2019 graduates showed the “third highest AP success rate in the nation, with 32.3 percent scoring a 3 or higher on an AP exam during high school,” according to a news release.

And DeSantis, in a written statement, boasted about the third-place ranking:

“Once more, Florida’s students have demonstrated their serious commitment to education as they continue to place third in the nation in advanced placement test results. High school graduates who succeed in these AP courses are on the path to personal, academic, and professional success and should be congratulated.”

But the focus on participation in AP classes – even if students don’t pass the exams – and a success rate based on students taking even just one AP exam during their high school careers doesn’t provide a full picture or broad comparisons.

Data provide by the College Board show that 2019 graduates across all states took about 4.26-million AP exams in more than three dozen subjects. Of those exams, 57.6 percent receive a passing score of 3, 4, or 5.

In comparison, Florida’s 2019 graduates fell below the national average, with only 51.4 percent of exams receiving a passing score.

The state with the highest passing rate on the AP exams was New Jersey – the state that Commissioner Corcoran joked about last fall when discussing minimum salaries for teachers. (New Jersey has the highest starting salaries for public school teachers, according to the National Education Association.)

Florida falls into the category of states that administer the largest number of exams – California, Texas, Florida, New York, and Illinois.

That College Board’s data for Florida also include passing rates on the various subjects, from Latin to U.S. History.

The lowest passing rates were in the low 40 percent-range and below, including exams in macroeconomics, U.S. History, chemistry, human geography, environmental science, physics 1, Algebra-based, and Latin. 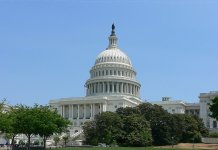 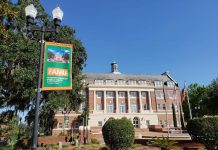 DeSantis: Age limit for vaccinations to be lowered soon; Gov will...