The State Board of Education on Wednesday approved new academic standards for what kids should know, with educators hoping to create stability after years of shifting standards in Florida public schools.

The roll-out of math and English Language Arts standards will take at least three years, and the state board needs millions to train teachers on the new standards. So far, the money isn’t there.

The state House has set aside $2.7 million in the state budget, state board officials were told by staff, but the state Senate hasn’t done so.

That raises concerns that implementation of the new standards could be stymied. Both chambers will be negotiating on the state budget in the coming weeks.

The new standards are called Benchmarks for Excellent Student Thinking, or B.E.S.T.

But questions remain on whether the new B.E.S.T. standards are still a version of the Common Core, the tough math and reading guidelines that had been infused in current Florida’s academic standards, with a focus on critical thinking and analysis.

The Common Core standards have been used by states across the country, but became unpopular with some families, lawmakers and other public officials.

In Florida, Gov. Ron DeSantis ordered the Education Commissioner to get rid of Common Core in favor of creating new Florida-based standards.

That led some critics to say that the standards overhaul may be more about political posturing than creating a rich experience for public school kids.

State board member Michael Olenick said he was aware of social media and chatter among school board members, teachers and others that the new slate of B.E.S.T. standards are really “Common Core light, or Common Core 2; that substantively, it’s not that different from Common Core. That the framework of Common Core is there and we have just polished and revamped a little, but it still is the Common Core route.”

However, Education Commission Richard Corcoran claimed that Common Core has been eliminated, and he said at the meeting that no one has been able to provide an example of Common Core in the B.E.S.T. standards.

In fact, the Florida Phoenix, which reviewed more than 400 pages of the new standards, included some examples of Common Core-based language in the B.E.S.T. standards. You can read about those examples here.

Department of Education Chancellor Jacob Oliva explained that the new standards are not a rebranding of Common Core. For example, he said, the new standards use more clear and concise language and in some cases shift standards to different grade levels.

However, some standards and expectations are universal and have common themes, such as addition and subtraction in elementary school. So Oliva may have been suggesting that people might think those common concepts could be Common Core standards.

Still, one of the public speakers at the meeting described the new B.E.S.T. standards as “Common Core light.”

Oliva also outlined the history of academic standards that have continued to shift in Florida. In 1996, Florida used the “Sunshine State Standards.”

Next came the Next Generation Sunshine State Standards, from 2005 to 2007.

In 2010, Florida shifted to the Next Generation Sunshine State Standards in ELA and math, which were based on the Common Core standards that ended up riling families, politicians and others.

The led in 2014 to the current “Florida standards” which had a new name but continued to be based on Common Core.

Educators are now hoping those new standards will stay put.

“We need stability,” said Leon School Superintendent Rocky Hanna, who spoke at the board meeting. “We need the next standards to be around for a long time.” 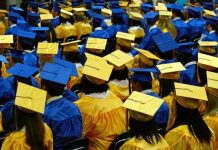 Dear governor: Ignoring traditional public schools is a slap in the...