The new standards are called B.E.S.T., or “Benchmarks for Excellent Student Thinking,” and would eliminate Common Core academic standards that had riled families and lawmakers in Florida and across the nation. However, many educators supported Common Core, a set of standards built on critical thinking and analysis.

Early in his tenure, Gov. Ron DeSantis ordered state education officials to get rid of Common Core, and replace it with a Florida-based set of standards.

The State Board of Education is scheduled to vote on the new standards on February 12.

Along with the new academic standards, education officials are pushing dramatic changes in state testing, bowing to educators and families who have been irked by the long hours and number of tests administered to Florida’s schoolchildren.

The state proposes to eliminate some of the exams, such as an end-of-course geometry exam, in favor of giving students the ACT or SAT college entrance exams that can help give kids a ticket to college.

The new standards are more than 200 pages long, in both math and ELA.

The state released the standards to the public Friday afternoon, and educators, families, reporters and others will be analyzing the new standards.

So there’s more to come.

Gov. DeSantis and other officials try quickly to get rid of a court case over reopening FL public schools 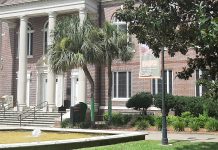 When college turns into a different existence: ‘It just doesn’t make sense to me’

What is and isn’t known about Ron DeSantis’s Navy career? Records...

Something is awry in the education world