A Honduran immigrant wrongfully sentenced to death for the 2004 stabbing murders of two Altamonte Springs women is seeking compensation for the 14 years he spent behind bars, 11 of them on Death Row.

Clemente Aguirre-Jarquin, a neighbor of the victims, maintained his innocence throughout his incarceration.

He was convicted in 2006 of murdering Cheryl Williams and her mother, Carol Bareis, both of whom were stabbed to death in the home they shared with a third person, and was sentenced to death on jury recommendations of 7-4 and 9-3, respectively, in the two deaths.

While imprisoned, Aguirre-Jarquin was twice denied retrials despite findings of new evidence supporting his innocence. Defense attorneys with the Capital Collateral Regional Counsel and the Innocence Project presented DNA evidence and reports of a confession strongly implicating that a person who was well known to the victims was the killer.

According to reports on the case by the Brennan Center for Justice and the Innocence Project, 18th Judicial Circuit Judge Jessica Recksiedler, who presided over the first trial and denied motions for the new trials, eventually removed herself from the case, having been accused by defense attorneys of being personally motivated to see the conviction reached in her court upheld.

The Florida Supreme Court reprimanded Recksiedler for ethical misconduct in 2015 after finding she’d been less than forthcoming to a judicial panel that questioned her about repeatedly being ticketed for speeding, even on the day of the questioning, sometimes at speeds in excess of 30 mph over the limit.

She also failed to timely disclose that her certification to preside in capital cases had lapsed, according to a Brennan Center report.

In 2016, the Florida Supreme Court vacated Aguirre-Jarquin’s conviction and ordered a new trial. Despite the new evidence supporting Aguirre-Jarquin’s claims of innocence, Seminole County State Attorney Phil Archer, now president of the Florida Prosecuting Attorneys Association, opted to take him to trial again, and he remained behind bars without bail for another two years.

In 2018, as a jury was being seated, Archer dismissed the charges against Aguirre-Jarquin after even more evidence of his innocence emerged. He was freed on Nov. 5, 2018, following 5,255 days of continuous incarceration.

According to an Innocence Project report, when Aguirre-Jarquin and his legal team filed a claim for compensation within a 90-day deadline from his release from prison, the 18th Judicial Circuit ruled him ineligible, arguing the clock ran out 90 days following the Florida Supreme Court’s 2016 ruling ordering a new trial – even though he’d not been released from prison at that time.

Sponsoring the claims bill are Rep. Anna Eskamani, an Orlando Democrat, and Sen. Victor Torres, an Democrat representing Osceola and Orange counties. They would pay Aguirre-Jarquin $720,000, which is approximately $50,000 for each year he was wrongfully incarcerated, and cover his tuition and fees to attend college.

Ingrid Delgado, chair of Floridians for Alternatives to the Death Penalty, said in a joint written statement with the claims bill’s sponsors,  “Clemente Aguirre was wrongly incarcerated for over 14 years, almost 11 of them on death row, before his exoneration in 2018. We are thankful to Rep. Eskamani for filing a relief bill that would both recognize the harm done to Mr. Aguirre through his wrongful incarceration and support him in reestablishing his new life as a free man.”

Joshua Dubin, an Innocence Project attorney, said this in the joint statement: “This special claims bill is a way to provide Clemente Aguirre with the means with which to rebuild his life after having lost 14 precious years.” 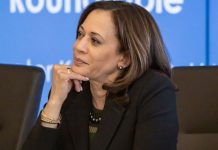