Gov. Ron DeSantis delivered a State of the State address Tuesday that mixed progressive rhetoric with conservative priorities including a hard line on taxes, a new barrier to undocumented workers, and abortion restrictions for minors.

The 33-minute speech, outlining the Republican governor’s wish list for the 2020 legislative session that opened on Tuesday, highlighted what DeSantis characterized as progress on environmental protection, cheaper prescription drugs, and hurricane recovery.

But the constitutionally mandated address to a joint session of the Florida House and Senate also urged lawmakers to enact a new parental notification requirement for minors seeking abortions and tighter enforcement of the e-Verify system to make sure workers are in the country legally, and crowed about DeSantis’ conservative judicial nominations.

“It is said that the only things certain in life are death and taxes,” DeSantis said.

“I’d like to suggest we append an asterisk to that statement here in Florida. No, we can’t forestall Father Time, but we can say with certainty that we won’t have an income tax here in the state of Florida,” he said to enthusiastic applause from the Republican-dominated Legislature.

“Or a death tax, for that matter,” he said to somewhat muted applause.

The governor highlighted what he couched as progress toward his priorities that the Legislature approved during his first year as governor – including expanded private-school vouchers, increased investment in higher education, work on a reservoir south of Lake Okeechobee to alleviate outbreaks of toxic blue-green algae, and expanded access to telehealth services and relaxed health care regulation.

Florida’s economy, DeSantis said, is strong. He cited an historically low unemployment rate; the state’s AAA credit rating; a low crime rate; and the lack of a state income tax. The state has a “season of opportunity” to build on those gains, he said.

“While we should look with favor on these bold beginnings, we have much more to do,” he said.

The governor argued that low taxes are integral to the state’s economic health.

“According to IRS figures, Florida had led the nation for six consecutive years in the amount of income – totaling tens of billions of dollars – being brought to the state from internal migration. People are voting with their feet, and they are leaving states with bad economic climates for the greener economic pastures of the Sunshine State,” he said.

The governor invited regular Floridians to attend his speech to illustrate his points. For example, Southwest Florida bankers Geoff and Robbie Roestorff are among 500 participants in the “Python Bowl,” a hunt for invasive Burmese pythons linked to this year’s Super Bowl. Among DeSantis’ environmental initiatives is his proposal to spend $625 million in each of the next three years for water projects and impose higher penalties on polluters.

Brittney and Jeremy Wilson, whose son Josiah, had languished on the queue for a Gardiner scholarship, benefiting students with special needs, stood in for beneficiaries of shorter wait lists approved last year for that and other state scholarship programs.

DeSantis urged expansion of vocational education and promised to unveil his administration’s proposed successor to the controversial Common Core education standards soon. They will include he said, stronger civics education.

He quoted George Washington: “A primary object should be the education of our youth in the science of government. In a republic, what species of knowledge can be equally important? And what duty more pressing than communicating it to those who are to be the future guardians of the liberties of the country?”

Also among the governor’s guests were Barbara Lagoa and Robert Luck, who he’d appointed to the Florida Supreme Court early in his term – helping to cement a hard turn to the right on the court – and who since have been elevated to the U.S. Court of Appeals for the 11th Circuit. A search committee has been screening applicants to replace them on the state high court. The gallery crowd gave the two a standing ovation.

He asked lawmakers to undo much of the state’s occupational licensing requirements, many of which, he said, are designed to exclude competition. “Our citizens shouldn’t need a permission slip from government in order to earn a living,” he said.

But he also demanded imposition of the E-verify screening process to make sure companies screen new hires for permission to work in the United States – a follow-up to DeSantis push during the 2019 session to crack down on undocumented residents. Immigrant advocates and business organizations oppose the idea.

“Our low-income workers also shouldn’t have their wages depressed by cheap foreign labor. Assuring a legal workforce through E-verify will be good for the rule of law, will protect taxpayers, and will place an upward pressure on the wages of Floridians who work in blue collar jobs,” DeSantis said.

“We are a state that has an economy, not the other way around. And we need to make sure that our Florida citizens from all walks of life come first.”

The governor situated his support for the abortion parental consent legislation with the context of a “culture of life” that he argued should include streamlining the adoption process. “I also hope that the parental consent bill will make its way to my desk during this session,” he said.

DeSantis touted his support for a plan to import cheaper prescription drugs from Canada, which remains years away from implementation, if it works out at all. “There is still a long way to go,” he conceded, “but the fact that we are even discussing this is a major development in this area and Florida has been the one to lead the way.”

The governor closed with a story about Spain’s Queen Isabella’s response to Christopher Columbus’ return from his first voyage to North American. She changed Spain’s motto from “ne plus ultra” – translated by DeSantis as “nothing further,” signifying Spain’s place on Europe’s western periphery – to “plus ultra” – “more out there.”

“Well, in this season of opportunity, we can say there is more out there to achieve for our state – and there is no reason why we can’t seize this moment and deliver for the people of Florida,” DeSantis said.

Speaking to reporters following his speech, DeSantis stressed that his failure to discuss any initiative before the Legislature doesn’t signal any lack of support. The question concerned a House-Senate divide over whether to continue the state government’s tourism-promotion organ, Visit Florida.

“You’re never going to hear me give an hour-long speech,” he said. “I try to keep it as punchy as possible and then go. It doesn’t mean there aren’t other important things.”

House Speaker Jose Oliva has been lukewarm at best to DeSantis’ teacher raise plan, but the governor read Oliva’s opening day remarks on that point as encouraging. “I think we’re going to be able to get there and do a lot of really good things in that regard,” he said.

He pointed to a recent poll suggesting broad public support for the initiative.

“Can you get 85, 90 [percent] support for sunshine in Florida, even?” DeSantis said. “I mean, that’s unbelievable, those numbers.”

“The devil’s in the details on some of this stuff,” DeSantis said. “I’m willing to look to see what they’re proposing, and then we’ll go from there.” 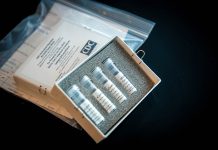 Gov. DeSantis and the war against trial lawyers