Shortly after Republican Gov. Ron DeSantis delivered his second state-of-the-state address on Tuesday, Florida Democrats and their allies gathered to raise issues that they say are being ignored by the Republican majority.

Heading into the annual 60-day legislative session, Democrats called for the expansion of Medicaid, the state-federal health care program for the poor and disabled. They asked for full funding for the state’s affordable housing program, which DeSantis supports.

They cited their support for across-the-board pay increases for teachers as well other school personnel, in contrast to DeSantis’ call for a $47,500 minimum starting salary for teachers.

They voiced their support for raising the minimum wage and passing legislation to protect LGBTQ Floridians from workplace discrimination.

The Democrats said they oppose efforts to restrict reproductive health rights, including legislation that would require teenagers to have parental consent before obtaining an abortion.

“Instead of listening to the information that all of the advocates and the groups here represented, the Legislature continues to bask in an illusion of glittering generalities, cherry-picked data and outright falsehoods, an illusion that forces Florida’s families to suffer due to their inaction,” said Rich Templin, the legislative and political director of the Florida AFL-CIO.

Senate Democratic leader Audrey Gibson of Jacksonville said the legislative agenda of the governor and Republican legislative leaders ignores the challenges facing Floridians whose “paychecks are stretched thin” because of low wages and rising costs for health care and housing.

“Fear for the future is pervasive. Whether you’re an immigrant looking to provide for your family or a homeowner watching the seas rise around you,” Gibson said.

“Floridians are looking for leadership from their government. Instead, the controlling majority that has run the state year after year has failed to lead on any of the issues of everyday, hard-working Floridians, preferring to bend towards corporate special interests,” she said.

Sen. Jose Javier Rodriguez, a Miami Democrat who wears rubber rain boots in the Capitol, said the Republican agenda continues to ignore the challenges of climate change and rising sea levels to the detriment of the state and local economies.

“We have proposed legislation for several years trying to at least involve the state in planning on trying to protect residents, homeowners, businesses who see the state doing nothing,” Rodriguez said.

“We care deeply about expanding Medicaid,” Eskamani said. “This is a state that has left these federal dollars on the table for far too long. And the irony is that our state will accept federal dollars, as our governor bragged about when it comes to some of his priorities, and yet refuses to accept it when it comes to Medicaid. Too many Floridians are dying every day because they don’t have access to preventive care.”

Rep.  Carlos Guillermo Smith, an Orlando Democrat, said Democrats will continue to oppose efforts to “raid” the state’s affordable housing funding. Over the last two decades, lawmakers have shifted more than $2 billion from the housing programs to other budget needs.

DeSantis and Republican legislative leaders say they oppose shifting any housing money in the new state budget, but House leaders remain open to the idea.

“We’re going to reclaim those trust funds this year because affordable housing has become a crisis made worse by the Florida Legislature, who steals hundreds of millions of dollars out of that trust fund every year to give away money (in the form of tax breaks) to corporations,” Smith said. 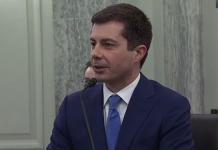 Civil rights leader: ‘Once a person has paid their debt to...

Nearly half a million FL workers have filed for unemployment in...