Drawing in a massive crowd of hundreds of teachers, advocates and speakers from across the nation, the Florida Education Association hosted the “Take on Tallahassee” rally at the Florida Capitol Monday, pushing for more pay and school improvements.

The red t-shirted crowd gathered on the steps of Florida’s Old Capitol, chanting, holding signs and singing to support public education in Florida.

A day before the 2020 legislative session, they demanded state lawmakers to support a variety of initiatives including better funding for public education and more pay for all public education staffers — not just teachers.

“Today you’re going to here from some of the most important folks in America,” Fedrick Ingram, president of the FEA, said during the beginning of the rally.

“I’m proud to serve as the president of this organization,” Ingram said.

Rev. Al Sharpton, a popular civil rights activist, joined Ingram at the steps of the Old Capitol and addressed Florida lawmakers to support equal pay for all workers in public education.

“Look out your window state legislators, there are blacks, whites, Latinos and Asians,” Sharpton said during the rally. “This is what America looks like.”

“We want the governor, we want the state legislators to know that just like the nation watches Florida… we love the children of this state from every county from high end to low end… you can’t have quality students without quality teachers.”

According to the FEA, there is a growing teacher shortage and it is hurting Florida’s students. Thousands of children do not have a qualified teacher in front of their classroom, the organization noted.

“I’m from Chicago, I know how to build movements,” said Jesse Sharkey, president of the Chicago Teachers Union, who came all the way from Chicago. The Windy City held a teacher strike last fall.

Sharkey said: “I came halfway across this country to get a hit and our aim is to win, teaching and learning is about right and wrong. We must invest in public schools, respect educators, which starts with respecting ourselves.”

“It’s right that we are standing up to this injustice – Chicago is with you,” he concluded. 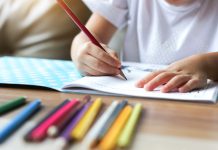 Hundreds pack Old Capitol: “We are those who have given our lives to children every single day”