Tough federal rules limiting the intoxicating ingredient in hemp crops have sent a “shock wave” through the budding hemp industry among growers.

That’s because they’re worried they can’t meet the low threshold to legally sell what they grow. That means hemp would be destroyed.

“The USDA rules sent a shock wave through the industry,” said Jeff Sharkey, president of the Florida Hemp Industries Association, addressing the Florida Senate Agriculture Committee Tuesday. In states where hemp already is being grown, he said, 30 to 60 percent of this season’s crop will go to waste.

At issue is THC, the psychotropic agent in marijuana and hemp. For hemp, the level has to be very low compared to levels that make people high.

The U.S. Department of Agriculture’s new rules restrict total THC content in hemp at 0.3 percent, a low threshold that researchers and farmers say is hard to achieve. Crops over the limit “test hot”  — exceeding the THC threshold for hemp — and thus are illegal to sell.

Farmers want the cap raised to at least 0.5 percent.

“It’s a ‘hot’ crop right now. You might as well plow it under,” said Scott Burgett, COO of Gainesville-based Green Earth Cannaceuticals, a hemp processor and a research partner in one of two university-based industrial hemp pilot projects in Florida. “It’s happening all over the U.S. I’ve seen growers in other states lose their farms. Be careful.”

The new USDA rules took effect Oct. 31 but a 60-day comment period was opened through Dec. 31 due to widespread objections from farmers who say it’s hard to pinpoint the THC in hemp crops and too easy to exceed that threshold.

“There is a lot of work to be done if we’re going to actually have a viable hemp industry,” said Charles Weatherford, vice president of research at FAMU and director of its hemp pilot project. The University of Florida also is conducting a pilot project.

“The infrastructure just isn’t there right now. … We’re going to have more crops grown in Florida than processors to process them, I guarantee you,” Burgett said, adding that he tells prospective hemp growers not to invest big this early on.

“I tell them that would be foolish,” he said. “I tell them, please don’t.”

Burgett said he recommends that Florida growers treat 2020 as only a practice season.

The Florida Department of Agriculture and Consumer Services plans to start issuing hemp permits in January.

The department’s hemp czar Holly Bell did not disagree with the critiques aired Tuesday.

She said the department is working to secure processing facilities for Florida hemp crops but doesn’t have them yet, and that the USDA’s low cap on THC content puts farmers at risk of growing “hot” crops they can’t sell.

Several senators were visibly discouraged by the testimony and the slow pace of progress.

“What went wrong?” asked Agriculture Chairman Ben Albritton, a Republican citrus grower from a farming district in south-central Florida.  “It seems like to me we still have a lot to learn in this process.”

Sen. Doug Broxson, a northwest Florida Republican on the committee, compared hemp exuberance to biblical stories about manna miraculously falling from the sky – calling it “mannajuana.”

“It’s a letdown,” Agriculture Committee Vice Chair George Gainer, a north Florida Republican, told Bell, although he commended her individually. “Y’all painted this beautiful picture of the future of hemp here in Florida, but we’re bogged down in it.”

Albritton and Gainer asked the presenters Tuesday to explain explicitly what they need from the state at this point to promote hemp success in Florida.

All business people in a free market have to take risks, Albritton said, but after two years of work to develop Florida’s hemp program, he expected more progress by now and clearer direction.

“There’s a lot of hype out there about hemp. I don’t want to see growers in this state misled,” he said. 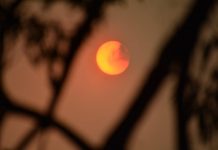 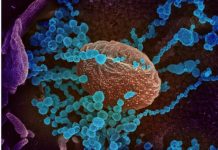 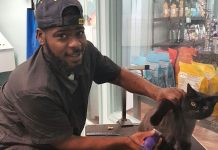