State lawmakers want to bring in more film, television, digital media and maybe some big stars, by offering incentives for production companies to operate in Florida.

A Senate committee approved a proposed bill (SB 530) Tuesday to get the production going and enhance the entertainment industry.

The legislation still has to pass in the full Florida Legislature in 2020, but the sponsor is an influential lawmaker. He’s Sen. Joe Gruters, who not only chairs the Senate Committee on Commerce and Tourism, but also the Florida Republican Party.

The legislation would create a rebate program to attract filmmakers and production companies to do business in the Sunshine State.

Gruters, who represents Sarasota and parts of Charlotte county, explained his proposed legislation to lawmakers on his committee.

The bill is about creating the framework Florida needs to set up a system to be competitive in film and television markets through a rebate program, Gruter said during his opening statement.

The Republican lawmaker also believes it will create more jobs.

He continued: “We’ve lost a huge market share over the years; this just sets up the framework for a rebate program which would require Florida film and television productions to employ a certain percentage of Florida residents.”

“These are not jobs that are low wage, they’re average over $80K [annually],” he said.

With film programs offered at Florida State University, Full Sail University and several other higher education institutions across the state, graduates of these programs are moving to other locations to find employment, he noted.

Democratic Senator Linda Stewart, who represents parts of Orange county, is in favor of the measure. “Thank you for this bill, it is much needed… I look forward to supporting this bill,” Stewart said.

The bill summary states that it would create “the Film, Television, and Digital Media Targeted Rebate Program within the Department of Economic Opportunity under the supervision of the Commissioner of Film and Entertainment.”

Applicants of the rebate program would have to employ Floridians; use vendors from the state for film projects, and more, in order to receive rebates and bonuses.

John Lux, executive director of Film Florida, is a proponent of the bill and spoke with the Florida Phoenix about the rebate program. His organization is a statewide entertainment production trade association and is listed as a lobbying organization.

“The way the rebate program would work is a project would apply and if they check all the right boxes per the statute, then they’re conditionally given the approval that they meet those requirements, at the end of a project (film), they would get a rebate,” he said.

Under this legislation, Florida residents employed in film could earn up to a whopping $200,000.

“This bill sets up the structure for this rebate program,” Gruters added.

There was some pushback regarding the bill and one representative from Americans for Prosperity-Florida, a grassroots advocacy group, spoke against the bill, calling it a “corporate welfare handout.”

“This is a handout from the state using taxpayer dollars to give to targeted businesses; this is corporate welfare,” said Phillip Suderman, AFP policy director.

“Instead of focused on the opposition, we like to focus on what we are trying to get. He (Suderman) spent a lot of time talking about past history and we are here talking about going forward,” Lux said.

“With this new program from Senator Gruters that would more than fit the return on investment quality that we need as well as providing high wage jobs for Floridians.” 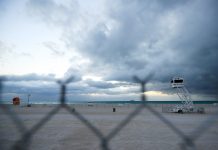 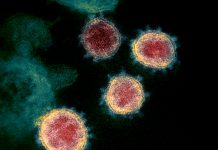 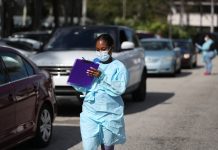 Orlando congresswoman Demings on Trump’s Ukraine scandal: “Every American should be...