WASHINGTON — Toward the end of his life, the late U.S. Rep. John Dingell Jr. reportedly asked his wife to carry the torch on his family’s signature cause: progressive health care reform.

U.S. Rep. Debbie Dingell has made good on that promise during her three terms in Congress — and will continue to do so Tuesday at a House hearing on proposals to achieve universal a health care coverage.

The hearing is designed to clear up confusion on the issue caused by candidates on the presidential campaign trail, Dingell told the Michigan Advance, an affiliate of the States Newsroom network that includes the Florida Phoenix.

“The presidential candidates have confused a lot of people about what the issues are,” she said. “This hearing is about educating people about what we’re trying to do — to try do away with the horror stories that are more about scaring people than getting facts or ensuring everybody can get affordable, quality health care.”

Dingell has not endorsed in the presidential race.

Under review at the hearing will be a proposal Dingell is helping to lead that would expand Medicare so it serves all U.S. residents, not just those 65 and older and certain younger people.

Though a Dingell family tradition, the push to expand access to health care is often associated with some of the Dearborn Democrat’s higher-profile allies.

U.S. Sen. Bernie Sanders (I-Vt.) has staked his presidential campaigns on the issue and is the lead co-sponsor of the U.S. Senate version of Dingell’s bill. When asked about it, he often claims ownership of the issue with the applause line, “I wrote the damn bill!”

When he served in the U.S.House, Sanders signed on to a different “Medicare for all” bill championed by another Michigan Democrat, the late U.S. Rep. John Conyers (D-Detroit). The Vermont senator has since championed the cause in the Senate and on the presidential campaign trail — raising its profile to new heights.

U.S. Sen. Elizabeth Warren (D-Mass.) also has put the bill at the front and center of her campaign for the Democratic Party’s nod, and other current and former contenders, such as U.S. Sens. Kamala Harris (D-Calif.), Kirsten Gillibrand (D-N.Y.), Cory Booker (D-N.J.), have said they support some version of it.

The issue now has majority public support, thanks also to activists who have been advocating for it over the last several decades, said Benjamin Day, executive director of Healthcare-Now!, a grassroots advocacy group.

But recent polling shows slippage on the issue. And some GOP strategists believe there’s an opening to siphon off suburban women, who were key to Democrats’ 2018 victories, with the arguments that Medicare for All will decrease their choices.

In the U.S. House, Rep. Pramila Jayapa (D-Wash.) who co-chairs the Congressional Progressive Caucus, is the lead sponsor of the Dingell-backed Medicare for all bill and the lawmaker whose name is often attached to the House version.

In the last century, efforts to expand health care were closely associated with the Dingell family.

“Stretching back to the 1930s and ‘40s, the Dingells have been leading the charge for national health care,” Day said. “It’s really extraordinary.”

In 1943, then-U.S. Rep. John Dingell Sr. — a New Deal Democrat who would have been Debbie Dingell’s father-in-law — was among the first to introduce a proposal to create a nationally administered health plan.

Dingell Jr. — who became the “Dean of the House” and the longest-serving member of Congress in history — introduced the bill in every Congress over the next half century.

The bill never became law, but Dingell did see success with other health bills. He presided over the House when it passed Medicare in 1965 — an experience he recalled in a series of tweets. And he supported the Children’s Health Insurance Program, the Affordable Care Act (ACA) and other reforms.

When the ACA passed, he famously gave U.S. House Speaker Nancy Pelosi (D-Calif.) the gavel he used when he chaired the committee that passed Medicare legislation in 1965.

“This has been a family tradition for generations,” said Karen Pollitz, a senior fellow at the Kaiser Family Foundation.

All told, the reforms have vastly expanded access to health care, but millions of Americans remain uninsured or underinsured, Debbie Dingell said. Indeed, the United States, one of the richest countries in the world, is the only industrialized nation lacking universal health care.

In addition to Dingell’s bill, Tuesday’s hearing will review a half-dozen other measures that aim to achieve universal health care coverage.

Ted Brown, a health care historian with the University of Rochester, calls growing support for the cause a “new climate” in the country.

But with Republicans running the White House and U.S. Senate, none of the bills considered Tuesday are likely to become law in the immediate future, Pollitz said. “It’s part of a longer-term debate. No one thinks this is going to get enacted this Congress.”

Still, as co-chair of the Medicare for All Congressional Caucus, Dingell intends to continue her family’s fight toward the goal.

“It takes a while sometimes to get things done,” she told the Advance. “We’ve been working this a while. But you educate now, and you never say ‘never.’ You don’t stop fighting just because you think the odds are stacked against you.” 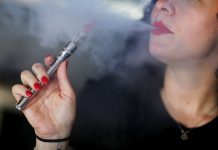 States with higher vaccine demand can request more from the feds 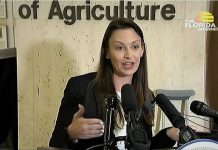 A long family tradition continues with the ‘Medicare for All’ fight