It’s not the need to find a new college football coach or where the university ranks that worries Florida State University President John Thrasher.

“The thing that keeps me awake at night, is crime,’’ Thrasher told an audience at the Capital Tiger Bay Club in Tallahassee on Thursday.

Noting that Tallahassee has had 59 shootings this year, and FSU has had crimes at residential buildings on campus, Thrasher said he’s taking steps to add personnel on campus.

He’s concerned about crime impacting the progress FSU is making among the nation’s colleges, and he hopes the community can work together with the university to address the issue of crime.

“Everyone deserves to feel safe in Tallahassee, and parents want to have peace of mind when they send their children to study at one of our city’s three institutions of higher education,’’ Thrasher said.

A former House Speaker who has also served in the Senate and worked as a lobbyist, Thrasher has been president at FSU for five years, leading the way to boosting the university’s national ranking and raising more than a billion dollars.

Many former students recall classes in large auditoriums, Thrasher said, but now more than 50 percent of their classes have fewer than 20 students. The change has helped students, with 93 percent of the freshmen returning for a second year — a retention rate that is among the highest in the nation.

Thrasher isn’t the only resident worrying about crime in Florida’s capital city.

Sometimes living in Tallahassee seems like returning to the wild wild west. It seems like there’s a shooting somewhere in town almost every night.

Many of the crimes are occurring in poor minority neighborhoods and close to college campuses.  And crime has spread to well-to-do suburban areas as well.

And we don’t know the half of it.

Tallahassee Police have adopted a fanatical love for “Marsy’s Law,’’ a Constitutional amendment approved in 2018 that has limited the information the department will release on crimes that happen in the city.

The move has tended to be so limiting that city residents may know that someone is dead but they’re not told who is dead or why or how the crime occurred.

News reporters are often reduced to relying on social media to figure out who is dead or injured, a practice that is fraught with peril.

The entire situation also tends to dehumanize crime. If all we are told is that shots were fired and someone is dead, it leaves way too much to the imagination and provides us with no feel for what is really happening.

The controversial law was approved as a Constitutional amendment in a number of states as part of an effort to protect crime victims.

Some police agencies, including Tallahassee Police, have taken a very restrictive view of it, refusing to identify victims or details.

Others, including the Leon County Sheriff’s Department, have taken the view that the law allows victims the right to remain unidentified but release details of the crime.

In Tallahassee the situation has been compounded by the fact that police often do not release details of where crimes are occurring.

For instance a late night robbery at a CVS drug store on Thomasville Road earlier this year went unreported until a resident who found a stolen purse reported it on Next Door, a social media site that helps people find lost cats and dogs, the best handy man and other information.

The crime frightened area residents because armed robbers put a gun in the faces of an elderly couple picking up a prescription around 10:30 p.m. Police did not confirm details of the crime until Next Door published details several days after the crime.

In another instance earlier this year police withheld details, including the identity of a man found dead in the middle of Killearn, an old established subdivision off Thomasville Road.

The Tallahassee Democrat relied on social media to provide details of the incident until police finally released the name of the victim and charged a woman with drunk driving and vehicular homocide.

Not knowing more about what has happened leaves residents guessing and fearful and dependent on social media and rumors.

Perhaps FSU President Thrasher can help put some light on the situation and wake up officials who are leaving us in the dark. 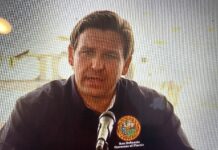 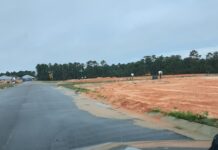 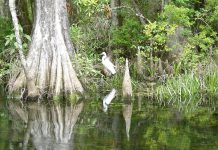 Down under FL’s Wakulla County, flirting with disaster with our biggest spring

Floridians are stocking up on toilet paper – and guns