While the threat of wildfires continues to heat up, foresters in the hurricane-devastated Panhandle are still waiting for disaster aid to help them remove millions of felled trees that pose a fire hazard across 2.8 million acres in the region.

The risk of wildfire is 10 times greater than normal in the worst-hit counties and will remain high for at least five years, Karels told the Florida Senate Committee on Agriculture this week. There are 233 communities in the affected area.

Senators on the committee said the situation is dangerous and that relief is urgently needed.

“The longer we wait, the more threat there is for fires,” said Sen. Bill Montford, a Democrat whose district includes Calhoun and Gulf counties, both with catastrophic damage. Bay and Jackson counties also had catastrophic damage, and there were heavy losses in parts of seven neighboring counties, as well as parts of Georgia and Alabama.

The job of fighting fires in the region is tougher than ever, he said, because the severe damage makes many areas impenetrable. Forestry crews have cleared nearly 1,100 miles of roads and fire breaks, he said, but they need more heavy equipment on the ground, more helicopters in the air and more personnel in the field.

He said the region’s needs were disregarded while debates raged in Congress over funding for President Trump’s proposed security wall along the U.S.-Mexico border and over relief for victims of Hurricane Maria, which killed nearly 3,000 people in Puerto Rico in September 2017.

“My disappointment with the federal response is that … it took nine months for them to really even recognize we had a hurricane in Florida. That’s unforgivable. I’ll never forget that – that we were tied up in a political maze in Washington between ‘the wall’ and Puerto Rico and all these other factors that have nothing to do with the good people of (this) region who suffered immensely,” Broxson said.

Karels said some relief for agriculture – including wiped-out cotton and peanut crops – is on the way. In June, nine months after Hurricane Michael struck, Congress approved a disaster-relief package that includes $3.5 billion to states impacted by natural disasters such as hurricanes, flooding and wildfires.

Karels said he hopes to learn next week whether Florida will receive $600 million in block grants as requested for forestry recovery. The funds would help cover timber-production losses and costs of reforestation.

Meanwhile, the Forest Service has administered $500 million in grants to rural fire departments in the disaster area to rebuild their stations, replace their equipment and help fight fires fueled by storm debris.

Sherry McCorkle, executive director of the U.S. Farm Service Agency’s Florida/Virgin Islands region, said 4,900 agriculture producers recently applied for disaster relief through the federal Wildfires and Hurricanes Indemnity Program, or WHIP. The program was not opened to victims of Hurricane Michael until Sept. 9, nine months after the storm.

Funding to help timber farmers remove felled trees and replant is urgently needed not only to control fire but also to keep alive the region’s primary economic industry after sustaining $1.3 billion in losses, say Montford, Broxson, and others.

Timber insurance is not readily available, and programs to help recover from losses in crops such as citrus do not apply to timber, McCorkle said.

“What I keep hearing is that the cost of clearing, prepping and replanting is more than the value, certainly the assessed value, of the land,” Montford said. “A lot of people simply don’t have the means to up-front the money.

“And I keep hearing from a lot of people, ‘We’re not going to replant. We’ve got hemp coming’,” he said.

The prospect of many farmers losing their land to severe weather, disease and adverse market forces is an acute threat in Florida, said Senate Agriculture Chairman Ben Albritton, a citrus grower.

Albritton, a Republican representing a crop-growing region of south-central Florida, said lawmakers should be alarmed about existential threats to agriculture, which is Florida’s second-largest industry, by some measures the largest. Like timber in north Florida, he said, the citrus industry is at a crossroads and other crops are under stress. 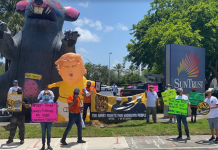 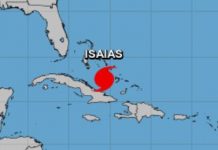