That’s because key retirement officials recently agreed on a recommendation to reduce the pension fund’s “assumed rate of return” from 7.4 percent to 7.2 percent.

The change may look small, but it’s significant, potentially impacting state and local government coffers by the millions.

The current 7.4 percent assumed return, independent financial analysts say, is too high. A recent report said a 6.59 percent assumed rate is a more “reasonable estimate of likely portfolio returns over the next 15 years.”

If the rate is unrealistic, it may mean the pension fund, in the long term, could come up short when paying benefits to retired teachers, county workers, state workers, university personnel, and other public workers who rely on the state pension system.

As of June 2018, about 643,000 active workers were participating in the Florida pension program, with some 416,000 retired workers relying on the benefits. Teachers and school district employees represent nearly half of the active workers, followed by county workers at 23 percent and state workers at 20 percent.

Workers in the pension system annually contribute 3 percent of their salaries to the fund.

Moving to a lower assumed rate will be costly. And the state and local governments that participate in the pension system will bear that cost in the form of higher contributions in the coming budget year, which begins July 1.

The preliminary estimate shows contributions from the 67 school districts could increase by $233 million in 2020-21. It would cost the county governments $51 million. State agencies would see a $47 million increase.

State universities and colleges would see a $35 million increase. Some cities and other government entities that rely on the state pension system would face a $22 million increase in contributions, the estimate shows.

The higher contributions — which must be approved by the 2020 Legislature — reflect not only the assumed rate of return adjustment but also changes in calculations involving the retirement age of workers and the time the pension system’s unfunded liability would be paid off.

Overall, preliminary estimates show it will cost in the range of $380 million to adjust the $160 billion-plus pension fund’s assumed rate of return to what independent financial analysts say is a more realistic target.

If adopted by lawmakers, the adjustment will continue a downward trend in the return assumption, which was 7.75 percent in 2013 before lawmakers backed a series of annual reductions.

Senate Appropriations Chairman Rob Bradley, a Clay County Republican, says he supports efforts to continue to lower the assumed rate, although it could impact the budgets of the various governments that rely on the fund.

But he says a lower rate is more realistic given the fact that the pension investment returns may not be as robust if the economy declines in the long term.

“It’s always a concern when you create policies that require cash to be produced in a short period of time for governments that don’t have a lot of cash,” Bradley said in an interview with the Florida Phoenix. “That being said, what I do see is an economy that will inevitably cool off.

“Therefore, at the end of the day, it doesn’t bother me that we moved down the assumption rate a little bit because I think it’s reasonable in light of what I think is ahead when I look at the overall health of the economy,” he said.

As state analysts debated their pension recommendations last month, Ben Watkins, head of the state Division of Bond Finance, warned that the state’s top-level credit ratings could be in jeopardy if the credit-rating agencies believe Florida’s pension projections were built on unrealistic financial expectations.

“What I see is this is that our credit rating is vulnerable because of the assumptions and the methodologies that we’re using that are inconsistent with what they say are prudent and responsible approaches to funding the pension,” Watkins said in support of adjusting the pension fund calculations.

But there is also politics in play in the pension fund debate.

In recent years, the House has pushed policies to limit the growth of the pension fund.

Former House Speaker Will Weatherford, a Pasco County Republican, backed a plan in 2013 that would have closed the pension fund to new workers, moving them to a 401(k)-style investment fund, which is now an option for workers. But the House plan never gained traction in the Senate.

In last month’s debate among the state analysts, it was clear the Senate favored a more gradual approach to adjusting the pension calculations than analysts representing the House and Gov. Ron DeSantis.

Bradley said making gradual annual adjustments will keep the costs in check, while a more aggressive approach will increase costs and add fodder to the argument that the traditional pension fund should be overhauled.

“The FRS (Florida Retirement System) is one of the healthiest retirement systems in the nation. The concern is always making sure that we don’t allow financial decisions to bleed into political matters,” Bradley said.

A June report from The Pew Charitable Trusts, which was based on 2017 data, showed Florida with a 79.2 percent funding rate for its pension system, compared to a 69 percent average for funds in all 50 states.

Florida was much healthier financially than some of the states facing severe funding challenges, such as Illinois (38.4 percent) and Kentucky (33.9 percent), according to Pew.

“There is a group of people that want to see fundamental changes to the state retirement system. One way to make it more difficult to maintain the current system is to have more cash required to maintain the status quo,” the Senate budget chief said.

“I think what’s fair to say is that we want to keep the financial decisions and the political decisions very, very separate,” he said. 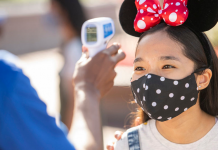 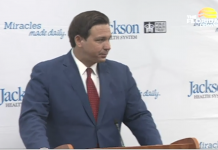 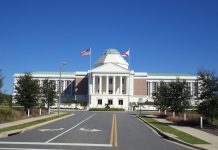 Does the Legislature reflect the Florida populace? Nope. We crunched the...