Gov. Ron DeSantis said he hopes the 2020 legislative session, which begins in January, will open a “year of the teacher” in Florida, centered on his proposal to raise first-year teacher pay to $47,500 per year.

That would be one of the highest figures in the country for starting pay, national data show.

But DeSantis will be at odds with the Florida Education Association, which is pushing far broader pay reforms for public school teachers and staff.

The governor on Tuesday dismissed the statewide teacher union’s call for across-the-board pay raises – which would go beyond his own call for higher pay for first-year teachers – as politically motivated.

“Let’s not pretend there’s not politics involved with this,” DeSantis said when asked about the union initiative.

“It’s just the fact of the matter. I’m a Republican. They’re not. What I’m doing is never going to be enough. My job is not to do what the union wants – it’s what I think is best for education and particularly for individual teachers,” DeSantis said.

He made the remarks Tuesday during the Associated Press’s annual Legislative Planning Session. The AP invites top state leaders to address reporters about what they hope to accomplish. DeSantis was the first to speak this year, outlining an agenda that includes higher environmental spending, disaster relief, and health care initiatives.

Earlier this month, DeSantis proposed a $603-million plan to set the minimum salary for teachers at $47,500, beginning in the 2020-21 academic year.

The average starting salary for Florida teachers in 2017-18 was $37,636 a year, according to the National Education Association. Florida ranked 27th of the 50 states and Washington, D.C., just below the national average of $39,249.

The Florida Education Association considers the DeSantis plan a start – but wouldn’t want it to focus solely on entry-level teachers. The union also has concerns about how the proposal would impact veteran teachers.

The FEA is pushing for investing billions more for public schools over the next decade. The 10-year price tag would be $22 billion, through 2030.

A “serious down payment” would occur in 2020, according to the union, with $2.4-billion that would allow for across-the-board pay raises for every public-school employee in Florida, from teachers, paraprofessionals and librarians to social workers, cafeteria staffers and bus drivers. The initiative also includes money for school repairs and supplies, from lab materials to band equipment.

The Phoenix reported earlier that, with a trillion-dollar economy and one of the largest student populations in the nation, Florida’s average salary for public school teachers is just $48,168. That ranks Florida as 46th among all states and the District of Columbia, based on 2017-18 statistics from the National Education Association.

“It is an embarrassment for the state of Florida, how we treat our educators,” says Fedrick Ingram, president of the Florida Education Association.

Update: Later in the day, Audrey Gibson, the Senate’s Democratic leader, dismissed the suggestion that partisan politics motivated the union.

“Is the teachers’ union Democratically leaning? I believe there are Republicans who are part of it as well,” she said.

“I believe there’s union busting going on, or the attempt to do so. Whether or not that is impactful to whether the Republicans would have supported a teacher salary [increase] I’m not sure. That’s probably a question a question for their caucus.” 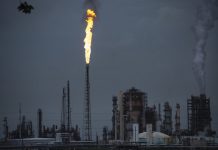 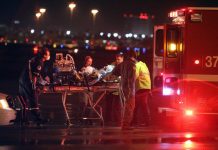 A change in Florida’s rules of court just made work life...