More Floridians live in areas where there is a lack of dental care than any other state in the nation, according to a new federal report.

As of Sept. 30, 5.46 million Floridians – about one in four residents – lived in areas lacking dentists, according to the U.S. Health Resources and Services Administration’s latest report on “designated health professional shortage areas.”

It would take an additional 1,230 dentists to resolve that unmet need in Florida, the report shows.

Sixty-three of Florida’s 67 counties have at least one area with a dental care shortage, according to the Floridians for Dental Access Coalition. The organization comprises public policy and health care provider groups.

And while Florida has the most residents in areas lacking dental care, 56 million people across the nation face a similar challenge, the report shows.

Many of those people without access to regular dental care are poor or live in rural communities, according to The Pew Charitable Trusts, which has been studying the national dentist shortage.

Additionally, Pew found that the more than 55 million children and adults nationally who have some type of dental coverage through Medicaid or the Children’s Health Insurance Program “also face a scarcity of care” because many dentists don’t accept public insurance.

In Florida, fewer than one in five dentists – 18 percent – participated in Medicaid in 2016, according to Floridians for Dental Access.

Medicaid-eligible adults in Florida only receive “emergency” dental care, such as a tooth extraction. Children covered by Medicaid can qualify for dental care but, during 2016, some 60 percent of those children did not see a dentist, according to Floridians for Dental Access.

As of July 2018, there were 11,475 dentists in Florida, according to the state Department of Health.

But most of those dentists were concentrated in Florida’s large urban counties, with a scarcity of dentists in many of Florida’s rural counties. Three counties – Dixie, Glades, and Lafayette – had no dentists. Three other counties – Union, Gilchrist and Franklin – had just one, the state health data show.

Some state lawmakers, as well as the Pew Trust, are advancing a possible solution.

“It’s time to embrace dental therapists as part of the solution,” Brandes said.

Dental therapists are like physician assistants. They can perform preventative and routine dental care, such as filling cavities, placing temporary crowns or extracting teeth. They work under the supervision of dentists, while leaving the more complicated dental procedures for the dentists.

As of August, a dozen states have authorized some form of dental therapy, according to Pew.
But bringing dental therapists to Florida will not be an easy task. Brandes and state Rep. Rene Plasencia, an Orlando Republican, filed dental-therapy legislation during the 2019 session.

The bills never advanced out of committee because of strong opposition from Florida’s dental establishment.

Brandes has refiled his bill (SB 152) for the 2020 legislative session, which begins in January.

In 2019, the Florida Dental Association backed a law that reestablished a dental student loan forgiveness program designed to act as an incentive for dentists to serve Medicaid patients in rural communities and other under-served areas in the state.

“This legislation helps provide a platform to improve the oral health, and resulting overall health, for all Floridians. It requires participating dentists to practice in areas where they are needed most,” Dr. Jolene Paramore, president of the Florida dentists’ group, said in a written statement when Gov. Ron DeSantis signed the bill in June.

But dentists who serve some of Florida’s low-income and rural communities say more needs to be done, and they support the use of dental therapists.

Dr. Jose Peralta, a dentist with the Premier Community HeatlhCare Group, which provides services in Pasco and Hernando counties, told the Senate Children, Families and Elder Affairs Committee in March that even with a loan-forgiveness program it is difficult to attract dentists to his area.

“They don’t want to go to Brooksville,” Peralta said.

Without more dentists, Peralta said, his community-based program cannot adequately serve all the residents needing dental care. “We have three-, four-month waiting lists to get into see us,” he said.

Dr. Frank Catalanotto, a former dean at the University of Florida’s College of Dentistry, has been studying the use of dental therapists across the nation for a dozen years. He has personally visited dental therapy programs in Alaska and Minnesota.

“It works,” Catalanotto, a UF professor and a member of the Floridians for Dental Access Coalition, told senators in March.

Citing data collected by the coalition, Catalanotto said that in 2016 Florida hospitals billed more than $500 million for patients who came into emergency rooms with dental problems that could have been averted by routine dental care.

He also cited a study by the coalition that found one in five third-graders in Gadsden County, a rural area with a low-income population, was experiencing “dental pain.”

“The way out of poverty is education,” Catalanotto said. “If you are in dental pain, you can’t learn.”

Last spring, Sen. Brandes acknowledged that his effort to establish a dental therapist program in Florida may take time.

“I know these are not easy issues,” said Brandes, who has led equally difficult fights to change the state’s criminal justice system, including sentencing reforms.

“So, I’m not under the delusion about how simple this bill will be to move through [the legislative process],” he said “But I think it’s important that we begin the discussion … . You’ve got to take the first step.” 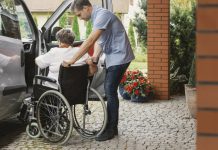 Gov. DeSantis says state is on the lookout for overseas meddling in FL’s elections; singles out Iran

Gov. DeSantis says state is on the lookout for overseas meddling in FL’s elections;...