WASHINGTON – The U.S. Supreme Court on Friday agreed to hear a high-profile case that could have major implications for reproductive rights in states across the country.

The justices announced that they will hear an appeal involving a Louisiana law that requires any physicians who perform abortions to have admitting privileges at a local hospital, which critics warn would severely hamper access to those services.

The high court previously struck down a similar law in Texas, but the court’s stance on the issue may shift following the retirement of Justice Anthony Kennedy, who sided with the court’s liberal wing in the Texas case. Kennedy was replaced by Justice Brett Kavanaugh, who previously voted against an effort to temporarily block the Louisiana law.

Opponents challenging the Louisiana law have argued that it would have “disastrous consequences” for women in Louisiana, and would leave only one physician providing abortions in the entire state. That can’t possibly meet the needs of the roughly 10,000 women who seek abortion services in Louisiana each year, they told the Supreme Court.

The state law, critics warn, is unconstitutional because it offers no benefits to women’s health that could justify the burdens on abortion access.

In February, the Supreme Court voted 5-4 to temporarily block the law from taking effect. Four conservative justices – Clarence Thomas, Samuel Alito, Neil Gorsuch and Kavanaugh – said they would have denied the request to stay the law.

In a dissent, Kavanaugh wrote that he would have allowed the law to take effect because the appeals court had said “the new law would not affect the availability of abortions from … the four doctors who currently perform abortions at Louisiana’s three abortion clinics.”

NPR reported at the time, “Kavanaugh’s dissent deferred to the precedent of the case in which the restrictive Texas law was overturned in 2016. But dissent signals Kavanaugh’s openness to state restrictions on abortion rights with limitations and without overturning Roe v. Wade outright.”

Kennedy was the swing vote on a host of contentious issues, including on the 2016 decision in the case, Whole Woman’s Health v. Hellerstedt, which rejected a Texas abortion law, finding it overly burdensome. The Louisiana law now in question is nearly identical to the Texas law that was struck down by the high court when Kennedy was on the bench.

A federal appeals court upheld Louisiana’s law despite the Supreme Court’s ruling in the Texas case.

The justices will hear oral arguments in the Louisiana case – June Medical Services LLC v. Gee – in the coming months and will issue an opinion before their term concludes in June 2020.

In Florida, state lawmakers will renew their debate over abortion legislation in their annual session that begins in January. The Florida Phoenix took a look at the bills being filed for the 2020 session in this story. 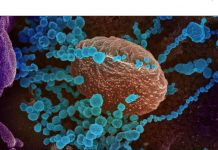