Over the past several months, we’ve witnessed anti-abortion politicians in states surrounding Florida and across the country enact a slew of anti-abortion laws aimed at limiting access to abortion for those who need it most.

But what many people don’t know is that for more than four decades, a federal policy has already been doing just that. Every year, anti-abortion lawmakers renew the Hyde Amendment, a policy that strips women with low incomes of access to much-needed abortion services.

That means one in six women of reproductive age who receive health coverage from the federal health insurance program Medicaid are left without critical abortion care.

The landmark 1973 Supreme Court decision in Roe v. Wade granted women in the United States the right to an abortion. But by renewing Hyde every year, Congress has denied that right to millions of women with low incomes — who are more likely to be women of color.

Republican Congressman Henry Hyde was clear about this intent when he pushed for the policy in 1976. “I would certainly like to prevent, if I could legally, anybody having an abortion: a rich woman, or a poor woman,” he said. “Unfortunately, the only vehicle available is the (Medicaid) bill.”

Since then, women who are enrolled in Medicaid have been denied access to abortions simply because they cannot afford to obtain the procedure. A woman who seeks an abortion but is denied is more likely to fall into poverty than one who is able to get an abortion. Some who live paycheck to paycheck end up selling their precious personal items or forgoing basic needs.

Here in Florida, a woman who is pregnant with an annual income of less than $23,000 will likely qualify for Medicaid coverage (185 percent of the federal poverty level — FPL). However, only expenses for continuing pregnancy are covered — abortion is not.  This lack of coverage remains a barrier to accessing abortion for more than 24 percent of Floridians.

This is especially troubling given that women– specifically those who are least able to afford out-of-pocket medical expenses – already experience disproportionately high rates of adverse health conditions. Denying access to abortion care only exacerbates these existing health disparities.

By placing an often insurmountable barrier between a woman and abortion care, anti-abortion lawmakers force one in four women with low incomes to carry their unwanted pregnancies. Others are forced to delay their abortions while they rush to collect the funds to pay for it.

Though lawmakers have used Hyde to prevent women from accessing abortion care for more than 40 years, repealing the policy has become a matter of greater urgency this year, as anti-abortion state legislators across the country pass dangerous abortion bans that will constrain access even further.

In 2019 alone, 12 states — an unprecedented number — have passed some type of abortion ban. Most are Florida neighbors, where barriers to access are already high and where clinics are few and far between.

In Kentucky, Georgia, Mississippi, and Louisiana, for example, extremist anti-abortion lawmakers passed laws banning abortion after six weeks, with few exceptions. In Alabama, lawmakers passed a measure that bans the procedure outright, only allowing for an exception if the woman’s life is in danger – the law is on hold while court challenges proceed.

In the face of all these bans, lawmakers in several states — including Maine, Rhode Island, and Illinois — have taken bold action, passing bills that remove abortion restrictions and expand access.

Congress should do the same.

When it comes to one of the most important decisions in life — whether or not to become a parent — every woman should be able to consider all the options available to her, however much money she makes or however she is insured. 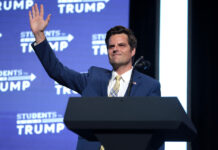 Women with low incomes suffer with no abortion coverage