State lawmaker Geraldine Thompson, a member of Florida’s legislative black caucus, recalls talking to some educators about what their school teaches about the history of African Americans – a requirement in state law.

That seemed to be the extent of the mandated instruction, according to Thompson, a former teacher and retired college administrator, and a Democrat who represents part of Orange County in the state House.

“That is not instruction,” she said in an interview the Florida Phoenix. “People are confusing celebrations and events and activities with instruction.”

Schools provide the standard fare of reading, math and science classes and other courses required for graduation, but the state also has a list of “required instruction” that the Legislature placed into law and educators are required to  teach. And some of those mandates are now sparking controversy.

African American history is one of them, and another is the history of the Holocaust.  Other mandates include the study of how women and Hispanics have contributed to the United States; Florida history; the three branches of government; the principles of agriculture; conservation of natural resources, and kindness to animals.

But the crux of the matter is how much, or how little, instruction is being provided in those areas, whether that comes from a stand-alone class, information melded into a broader course, or other kinds of activities. And despite the law, there may be no instruction at all, in part because no one is looking.

“No one is reporting, no one is inspecting. There is no accountability and no repercussions and consequences,” Thompson said about the African American history requirement that has been in the law for 25 years.

The situation came to a head following a recent scandal in the Palm Beach County School District, when a principal refused to state that the Holocaust was a factual, historical event, sparking outrage and national media attention.

That led Florida Education Commissioner Richard Corcoran to request detailed reports on what every public school in Palm Beach County is doing to abide by the state law that mandates Holocaust history instruction.

Thompson says she’ll file a bill in the 2020 legislative session (which starts in January) that would withhold the salaries of school superintendents if their schools are not complying with the law on teaching about the Holocaust and African American history.

Pasco County schools Superintendent Kurt Browning is the president of the Florida Association of District School Superintendents. He says Florida’s academic standards are infused in curriculum and testing at schools, so students taking a world history class, for example, would be exposed to instruction in the Holocaust, which is required by law.

There are also some stand-alone classes for the various mandated instruction topics, often elective courses, he said.

However, “Can I guarantee and certify that every last one of these students is getting a course in those topics? I don’t think I could do that,” Browning said. And to his knowledge, the state hasn’t audited or checked whether schools are providing the mandated instruction.

Lawmakers could require that the mandated instruction be a stand-alone course, Browning said, but that raises questions about whether schools have the time, the staff, the textbooks and the curriculum to provide a stand-alone class for all those mandates. That could require adding time to the school day, a difficult proposition, because that costs money too.

Some, but not all, districts are providing stand-alone courses for the mandated instruction topics required by law, according to course data at the Florida Department of Education.

That means students in all other districts, at least that semester, didn’t take those classes and it isn’t clear what those schools did in the way of providing instruction in African American history, which became a mandate in 1994.

“This mandate is 25 years old and the jury is still out. I want to say that we have made some progress,” said Tony Hill, a former Democratic state senator from Jacksonville who is chair of the Commissioner of Education’s African American History Task Force.

He said there’s no teeth in the law on mandated instruction. But at least 10 school districts are considered “exemplary” by the task force because of the work they’re doing in African American studies in public schools. That includes a plan of instruction, curriculum guides, and ongoing teacher training, among other measures.

One of those exemplary districts is the Pinellas County School District, which does have stand-alone classes in African American history and literature, according to the 2018-19 data last semester.

Matthew Blum is a Grade 9-12 social studies content specialist in Pinellas schools, and said the task force has worked with the district to hold teacher training institutes. Pinellas also partners with local universities to enhance instruction, and the district has covered topics ranging from civil rights in Florida, local African American history and race issues.

State law outlines the instruction mandate for African American history, which is supposed to cover:

Lawmaker Thompson said that instruction “should be something that spans 180 days (of school) rather than just February,” a reference to Black History Month.

After 25 years of mandates with no teeth, she’s set on filing the bill that would withhold money from superintendents whose schools aren’t providing quality instruction in the mandated topics in the law.

“This is probably the first time that there’s been this kind of scrutiny brought to bear related to these courses,” Thompson said. 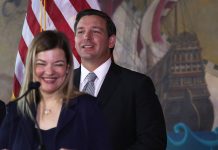 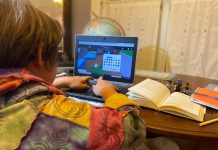