In a stunning turnaround, the Manatee County school did all that and more, jumping from a D to an A in the state’s system for rating public schools.

How the school improved so dramatically is a testament to the hard work of administrators, teachers, and kids – what Johnson describes as exciting and “overall, a collaborative effort – literally all hands on deck.”

But such a turnaround also stems from a complex point system that allows schools to get A grades even when students can’t pass state exams — much less be considered proficient in key subjects such as math and reading, state data show.

That creates a quandary for families trying to understand if the quality of their child’s school is good, bad or somewhere in-between.

The A through F system for school ratings, now 20 years old, shows a rising number of schools getting A and B grades, even in cases where performance on state exams has been lackluster or even poor. The Phoenix found a few hundred schools that fell into that category, according to data from the Florida Department of Education.

Overall, 2,074 public schools in Florida got A and B grades, making up about 63 percent of schools rated by the state for 2018-19. That compares to the year before, when A and B schools made up 57 percent of school grades, state data show.

At Palm View Elementary, the school catapulted to an A grade, though only 39.4-percent of students passed the English Language Arts (reading) state exam last school year, up from 26.2 percent the year before.

No doubt, that’s a big increase for the school, but some 60 percent of students still couldn’t pass the reading exam.

And families should keep in mind that passing a state exam doesn’t mean a student is proficient. At Palm View, for example, only 13.5 percent of students were considered proficient in reading, up from 9.9 percent the year before.

With those low exam scores, an A grade would seem impossible for the school — but Florida’s formula for determining school grades includes more than one component.

The state gives a significant number of points to schools for making gains in achievement. It’s often called student growth. That means kids are improving in math and reading exams from one year to the next, particularly students struggling the most with low performance.

The gains made at Palm View helped significantly, principal Johnson says, calling student growth “critical in a school like mine.” In fact, the points used in the state’s formula for “gains” were larger than the points for actual achievement on state exams.

The school dug into data to focus on instruction; used strategies in small groups, and made sure kids were learning the rigorous academic standards, Johnson says, all designed to boost student achievement and make gains that would improve the school’s grade.

That’s not unusual in the world of judging quality in schools across the country.

States outline the measures used to judge schools, and the vast majority use such gains to get at the quality of a school, according to Paige Kowalski, the executive vice president at the Data Quality Campaign, a Washington D.C.-based research and advocacy group.

It’s important, for example, to see teachers moving students who are behind to at least grade level in academic areas, Kowalski says.

At Taylor County’s Steinhatchee School on the northwest Gulf Coast, remarkable gains in test scores pushed the tiny school from its F grade to an A grade in 2018-19.

Steinhatchee was the only school that jumped from an F to A.

The former principal, Marion McCray, says the school switched around teachers in various subjects and did additional teacher training.

The tiny Steinhatchee school may have benefited from not having to include results from the state science exam because too few kids took that exam. And in other cases, McCray says, students weren’t counted in the state’s formula because they weren’t at the school all year long. Who counts and doesn’t count is a factor that can help or hurt a school in the state’s school grading system.

After being in the education system for more than 30 years, McCray believes “there has to be a measure of accountability because, if not, people do as they please, whether its effective or not.”

However, she’s not sure the Florida’s school rating system is the best avenue for determining the quality of a school.

The state focuses a lot on test scores in the formula used for school grades, McCray says, but, “We also want to think about relationships with students and sending them out in the world as well-rounded students.”

When the Florida Department of Education released the 2018-19 school grades earlier this month, the statewide teacher union, the Florida Education Association, lashed out in a news release about “a destructive and misguided ranking system that penalizes schools in less-affluent communities.”

“School grades are part of a broken accountability system that has labeled and segregated communities for two decades,” FEA President Fedrick Ingram said in a statement. “Lawmakers continue to break the system with bad policies, defund our school systems, and push educators away from our classrooms.”

The FEA’s news release also said that ranking schools by A though F grades “appears to have few, if any, tangible benefits for students.”

So far, 13 states have reported that they will use an A through F grading system for schools, according to the Education Commission of the States, a nonprofit organization that tracks education policy nationwide. But other states do things differently, from using “stars” to judge schools; or descriptive terms such as “needs improvement, average, good, great, excellent.”

The data is based on state plans sent to the federal government under the 2015 Every Student Succeeds Act.

No matter what the rating system, “I think we have to remember that accountability systems are a way for a state to say, here’s at least a bare minimum of what we really think is important” to determine school quality, says Paige Kowalski, of the Data Quality Campaign.

Just looking at school data “is not the answer,” Kowalski says. “The data is really supposed to spur conversations about what do we as a community want to know about the quality of our schools.” 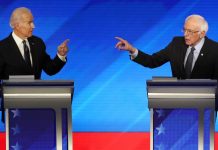 Critics want Gov.-elect Ron DeSantis to kick off 2 members of...