Pensions are vanishing from the American workplace.

But Florida has a pension fund that is thriving and plays an important role in the lives of more than 1 million workers. It is paying benefits to more than 415,000 retired employees – a majority of them women. And more than 643,000 active workers are anticipating the benefits when they retire.

It’s the Florida government retirement system, one of the largest public pension funds in America.

Retirement system participants include workers in some of Florida’s largest government agencies, like Miami-Dade County, to some of the smallest, like the Shawano Drainage District in Palm Beach County.

The average retiree worked a little over 21 years, earned a salary of $42,000 and is receiving $22,442 in annual benefits, a state Department of Management Services report shows.

Workers have contributed 3 percent of their annual salaries to the fund since 2011.

Despite efforts to scale it back or limit workers who can participate in the program, the $163 billion pension fund remains financially healthy.

Ash Williams, executive director of the State Board of Administration, which oversees the fund, says preliminary estimates show the fund had a 6.17 percent return in the fiscal year that ended June 30.

It marks the 10th straight year the fund has had a positive return on its investments, which include domestic and foreign stocks, bonds, real estate, other financial instruments and cash.

The 10-year positive run began after the fund plunged more than 19 percent in 2008-09 as Florida dealt with the Great Recession. Since that time, the fund had two years where the return was less than 1 percent. But there were also five years of double-digit returns, including a 13.77 percent return in 2016-17.

Over the last 34 years, since 1985-86, the fund has only had five negative years and has had 21 years of double-digit returns.

“The State Board of Administration of Florida clearly has historically performed well, continually adding value relative to (investment-industry) benchmarks,” Williams said in a statement provided to the Florida Phoenix.

Its annualized estimated return for that period is 9.79 percent, outperforming the expected industry return by some $11.74 billion, Williams said.

Who are the retirees?

Some 64 percent of the 415,000 retirees relying on the pension benefits are women, according to the annual pension fund report from the state Department of Management Services.

The bulk of the retirees are teachers and other school-district employees, representing more than 46 percent of the beneficiaries. County workers represent 22 percent and state workers 20 percent, the report shows.

Nearly nine out of 10 of those retirees are rank-and-file employees, earning an average annual benefit of $19,661, the report shows.

But some workers get higher benefits.

Employees in “special risk” jobs, like law enforcement or correctional officers, accrue retirement benefits at a higher rate. Those workers — who constitute about 9 percent of the retirees — earned $43,518 in annual benefits in 2017-18, the report shows.

The highest annual benefits — $54,862 — went to workers in the “elected officers” class, which includes elected officials like former lawmakers, Cabinet members and judges. They constituted less than 1 percent of the retirees in 2017-18, the report shows.

Florida paid nearly $8 billion in benefits to retired workers in 2017-18, with some 87.4 percent of the employees remaining in the state, the report shows.

But the report shows that pension beneficiaries are spread across the globe, with retirees receiving their 2017-2018 payments in places as far flung as Bulgaria and Micronesia.

It’s a healthy fund, but…

The financial health of the Florida retirement system is closely watched by credit-rating agencies. And the fund’s financial success plays a role in the state maintaining a top-level credit rating. The credit rating saves the state money when it needs to borrow for things such as road or school construction.

However, according to the most recent actuarial report, the pension fund was projected to pay $156 billion (83.9 percent) of its future retirement obligations as of July 1, 2018. It leaves an “unfunded” liability of about $30 billion, the report shows.

The state and local governments have set aside extra funding to cover the unfunded pension liability.

A key part of calculating that unfunded liability is the “assumed” rate of return on the pension investments. Currently, the assumed rate is 7.4 percent, which independent financial analysts have warned is too high.

State officials have been slowly reducing that assumed rate of return and are likely to do so again in the fall. 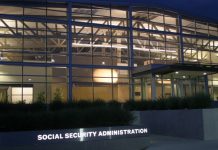