Members of Florida’s congressional delegation carefully reacted Wednesday to comments by special counsel Robert Mueller, where he stressed that his office did not consider it a legal option to charge President Trump with a crime.

Mueller spoke for about 10 minutes Wednesday morning from a podium at the Justice Department in Washington, D.C, marking his first public appearance since launching a two-year investigation into Russian interference in the 2016 U.S. election.

Mueller said he was abiding by longstanding Justice Department policy, where “a president cannot be charged with a federal crime while he is in office.” He added, “Charging a president with a crime was therefore not an option we could consider.”

Many House Democrats considering how to proceed in investigating a defiant Trump administration took Mueller’s comments as a clear signal that it’s up to lawmakers to aggressively probe the president’s actions.

“As a member of the House Committee on Oversight and Reform, I will work with my colleagues to investigate vigilantly any foreign influence of our democracy, and any efforts to cover up that interference,” said South Florida Democratic U.S. Rep. Debbie Wasserman Schultz. “Vigorous oversight of this President is vital. Congress must provide it and take action to hold those responsible for it accountable.”

“As the Special Counsel leaves the Department of Justice, it is time for President Trump to stop lying and stop stonewalling congressional investigations,” said U.S. Rep. Ted Deutch, a Democrat who represents Boca Raton. “Congress’s role is not a do-over of the Special Counsel’s criminal investigation but an inquiry into whether the President of the United States violated his oath of office, broke the public trust, and committed high crimes and misdemeanors.”

One Florida Democrat who has said the Mueller report makes the case to impeach President Trump is Orlando-area Congresswoman Val Demings. “He’s asking us to do what he wasn’t allowed to – hold the president accountable,” she tweeted.

Tampa U.S. Rep. Kathy Castor tweeted that she was “struck” by Mueller’s emphasis on the fact that obstruction of justice “occurred numerous times over…and the President cannot be exonerated.”

She added that she has read Mueller’s report and “am angry that Trump’s election was aided by the Russian government and that he embraced it and then obstructed investigation into it!”

Some lawmakers still want Mueller to testify before Congress, although the special counsel made it clear that he is closing up shop and doesn’t plan to offer much more information, even if he’s at the witness stand.

“I am speaking out today because our investigation is complete; the attorney general has made the report on our investigation largely public. We are formally closing the special counsel’s office and as well I’m resigning from the Department of Justice to return to private life,” he said. He took no questions after he spoke.

Any congressional testimony he would offer “would not go beyond our report,” Mueller said. “We will not comment on any other conclusions or hypotheticals about the president.” He noted that his office isn’t involved in conversations about congressional access to the evidence underlying his report, which lawmakers are also seeking to obtain.

Republican U.S. Rep. Matt Gaetz, who represents the Panhandle and is a vociferous Trump defender, slammed Mueller’s transparency in a tweet. “If @realDonaldTrump doesn’t take a question for a few weeks, the media claims democracy is on life support,” Gaetz wrote. “Robert #Mueller took 22 months to do the investigation. Followed by a 9 minute drive-by obstruction allegation. And then does not take a SINGLE QUESTION.”

Any decision on whether to pursue articles of impeachment against the president will come from House Speaker Nancy Pelosi.

“We want to do what’s right and what gets results,” Pelosi said in San Francisco. “We’re legislating, we’re investigating and we’re litigating.” 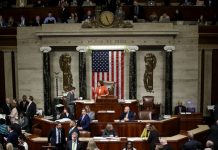 What’s at stake when it comes to changing the Florida Constitution?