The Legislature approved a controversial school voucher program on Tuesday, but that wasn’t all that happened.

The 92-page education bill – now on its way to Gov. Ron DeSantis’ desk – includes several other initiatives, from a restructured teacher bonus program to changes to teacher certification exams that some educators will like, but others won’t.

And new provisions in the bill could lead to a major charter school expansion in Florida. That issue came together in the waning days of the legislative session and was connected to a new definition for what it means to be labeled a “persistently low-performing” school.

Here are some of the highlights:

Teacher bonuses: Everybody would like a bonus, right? Well, maybe not. Educators, Democratic lawmakers and teacher unions have been pushing for more money to increase the low salaries for teachers in Florida, and a bonus doesn’t suffice.

But Gov. Ron DeSantis pushed for a revamped bonus program.

One of first things he proposed – and the Legislature agreed – was to ditch the use of tough college entrance exam scores on the ACT and SAT to help determine bonuses.

Those scores, typically used for college admissions, ideally would reflect the high achievement of teachers. However, some educators complained that their scores were decades old, and the ACT and SAT scores were eliminated in the education legislation approved Tuesday. Other graduate level tests that could be used for bonuses also were eliminated.

The focus of the new “Florida Best and Brightest Teacher Program” is to recruit, retain and recognize the success of classroom teachers and other instructional staff.

There will be three award categories – the amounts for individual teachers aren’t specified in the bill, but the Legislature would have to appropriate the dollars.

Newly hired classroom teachers would be eligible for a “recruitment” award if they are a “content expert” in the subject areas of math, science, computer science, reading or civics.

For a “retention” award, a classroom teacher would be eligible for a bonus based on high performance ratings, years at the same school and overall improvement at the school based on the system of A through F grades given to schools.

The “recognition” award would be for instructional personnel, based on certain criteria. Principals will be eligible for awards as well.

Teacher exams: For years, some would-be teachers have had trouble passing some or all sections of the required General Knowledge Test that covers fundamental subjects and skills. If they fail, they can teach temporarily but must pass the exam within a year.

The legislation makes changes to give classroom teachers more time to pass – at least three years rather than one. The legislation also sets up rules that will reduce fees for the exam and any retakes.

Some advocates believe the changes aren’t good, opening the door for possibly unqualified teachers to be in a classroom. But others believe the changes can help would-be teachers, particularly second-career educators who have been out of formal schooling for many years.

The new charter schools could be set up in certain low-income areas called Florida Opportunity Zones, part of a fairly-recent federal program designed to bolster economic development in low-income communities. This is significant because there are 427 zones in communities across Florida and charters could set up shop in those zones. Those specific charter schools are called “Schools of Hope.”

What is a persistently low performing school? The legislation changes what it means to be a school that has repeatedly struggled. The designation has to do with A through F grades given to schools by the state. 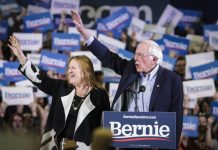 Nearly half a million FL workers have filed for unemployment in last 3 weeks;...