Along the Panhandle’s Emerald coast, property owners are putting up hostile fences to keep the public off the sugar-sand beaches that everyone has used for generations. At the statehouse in Tallahassee, peevish Republican lawmakers are trying to pass legislation that forbids local governments from doing local things like banning plastic straws to cut beach litter or restricting short-term vacation rentals when established neighborhoods don’t want them.

If there’s one notable hallmark of this legislative session (and this political era of national Republican leadership), it is a combination of elite toxic entitlement and sheer meanness. We’ve watched lawmakers scoff at members of the public who travel to Tallahassee to testify – at one meeting, they limited the time members of the public had to comment to just thirty seconds each.

We watched Republican House Speaker Jose Oliva repeatedly refer to pregnant women as “the host body” during a CBS Miami interview about reproductive rights. It you’re looking for a disconnect between Florida’s political class and the rest of us, look no further than that appalling interview. Or to Republican Party operative Mike Huckabee of Arkansas, a tiresome, grumpy fellow who built a Florida Panhandle beachfront mansion and now thinks he has the right to shoo the rest of us away.

Every day as the legislative session winds on, lawmakers take their seats for afternoon committee meetings (post-lunch with their campaign cash rainmakers at the Governor’s Club, where the prying press and public are forbidden), and they often strike a cynical and weary tone at how the public they are elected to serve just doesn’t seem to “get it.”

One example: In his attempt to ram a massive statewide rural toll road system project down the throats of a Florida public surprised by the idea, state Republican Sen. Tom Lee (a Tampa Bay developer) sniffed: “If there are people that think we need to all live in an urban area and ride around on scooters, I can’t help them. I mean, that’s just not reality.”

How about this reality? The Mean Gang that runs the Florida Legislature is actively trying to make it harder for a family of three earning just $7,038 a year to get government help with medical bills. They are also attempting to create hurdles for a temporary cash-assistance program for the poor that only provides about $300 a month for a family of three.

And that toll road project? Maybe it’s just coincidence that it would benefit a huge GOP campaign contributor and Trump ally who is Florida’s richest man.

The Let-them-eat-cake Mean Gang is pretty ubiquitous at the state Capitol. As the Phoenix reported earlier this spring, nearly seven out of every 10 state senators are millionaires, with an average net worth is $5.48 million. In the 117-member state House, about 29 percent are millionaires.  They are overwhelmingly older white men leading a state filled with a diverse populace that makes minimum wage and struggles to find affordable rent. (See: Orlando).

After making public promises during campaign season about protecting the environment, they are giving paltry money so far for state conservation land-buying programs that 75 percent of voters approved a few years ago. Not only that, but one piece of imperial legislation would even prohibit local tree protection ordinances.

Among the mean proposals floated this year: Criminalizing a woman who doesn’t even know yet that she’s pregnant, making it illegal to remove a Confederate monument, and arming classroom teachers with the expectation that they will somehow leave their classrooms and use a handgun to kill a deranged shooter carrying automatic weapons.

Also: Undercutting a historic vote that ended Florida’s racist Jim Crow legacy in giving felons who have served their time the right to vote; refusing to advance a financial aid package to help firefighters stricken with cancer; blowing off modest efforts for Florida to plan for climate change, and forcing local governments to work hand-in-hand with Immigration and Customs Enforcement agents to round up suspected undocumented immigrants.

One chief job of the Mean Gang has been to imperiously propose measures that would hobble citizen efforts to put proposed Constitutional amendments on the ballot. The target here seems to be several initiatives in the works, including increasing the minimum wage to $15 an hour, banning assault weapons and expanding Medicaid for low-income people who need health care.

The Mean Gang will be spending the rest of the legislative session divvying up billions of our tax dollars. You can imagine how that goes: Twenty scoops for their cronies, one scoop for us. 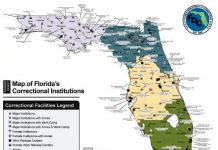 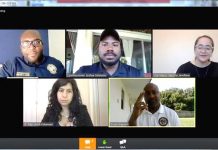 FL lawmakers call on Gov. DeSantis to block evictions as rent comes due for...

Citizens rising up against the Florida Legislature, Gov. Rick Scott, and...